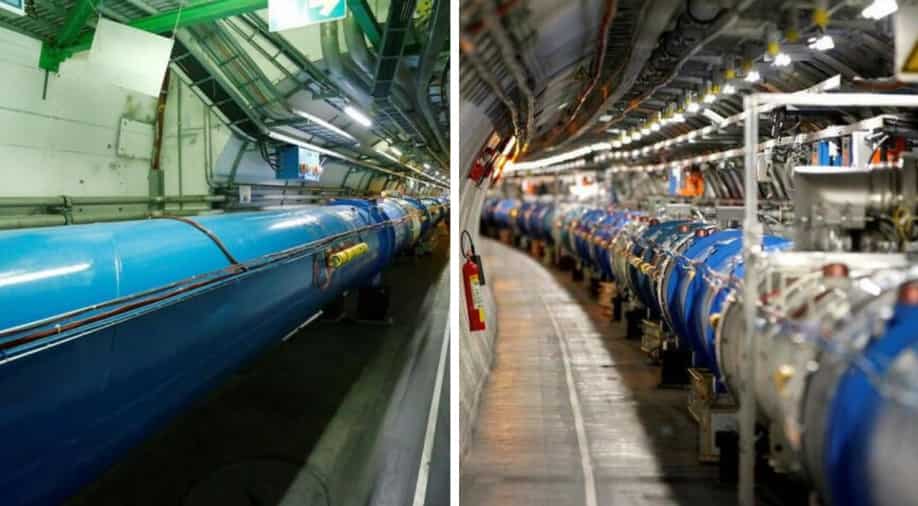 The new pentaquark decays into particles that none of the others produces, while the two tetraquarks have the same mass, suggesting they may be the first known pair of exotic structures.

Scientists at the Large Hadron Collider in Switzerland have discovered one new pentaquark and two tetraquarks. This takes the total number discovered there to 21. Each is unique, but researchers are excited about the qualities of the three new finds. The new pentaquark decays into particles that none of the others produces, while the two tetraquarks have the same mass, suggesting they may be the first known pair of exotic structures, as reported by BBC.

Scientists at CERN, the European Organization for Nuclear Research will this week fire up the 27-kilometre-long Large Hadron Collider (LHC), the machine that found the Higgs boson particle, after a shutdown for maintenance and upgrades was prolonged by COVID-19 delays. Restarting the collider is a complex procedure, and researchers at the CERN centre have champagne on hand if all goes well, ready to join a row of bottles in the control room celebrating landmarks including the discovery of the elusive subatomic particle a decade ago.

"It's not flipping a button," Rende Steerenberg, in charge of control room operations, told Reuters. "This comes with a certain sense of tension, nervousness."

Potential pitfalls include the discovery of obstruction; the shrinking of materials due to a nearly 300-degree temperature swing; and difficulties with thousands of magnets that help keep billions of particles in a tight beam as they circle the collider tunnel beneath the Swiss-French border.

Physicists hope the resumption of collisions will help in their quest for so-called "dark matter" that lies beyond the visible universe. Dark matter is thought to be five times more prevalent than ordinary matter but does not absorb, reflect or emit light. Searches have so far come up empty-handed.