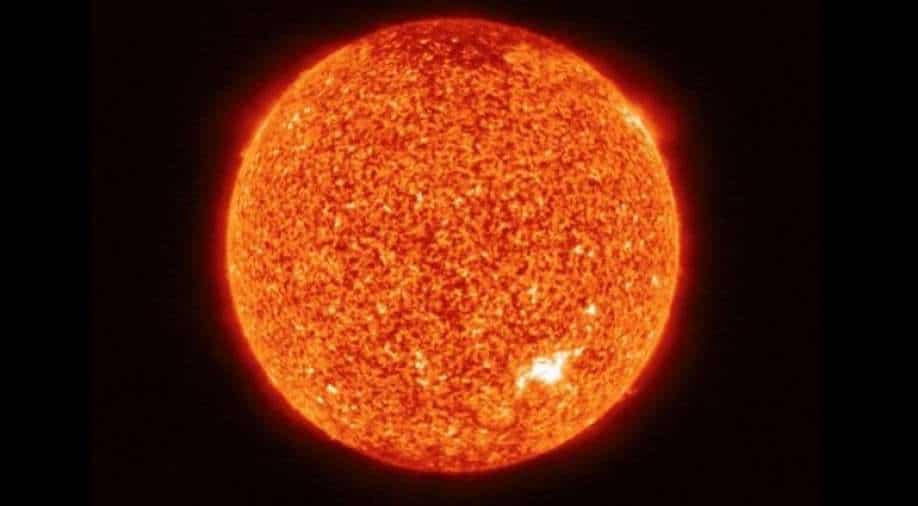 This handout photograph released by The European Space Agency (ESA), shows an image of the Sun, roughly halfway between the Earth and the Sun, taken by The Extreme Ultraviolet Imager (EUI) and Polarimetric and Helioseismic Imager (PHI) instruments onboard The Solar Orbiter spacecraft Photograph:( Twitter )

The sun, essentially a hot ball of hydrogen and helium, is an average-sized star that formed more than 4.5 billion years ago and is roughly halfway through its lifespan

A new model of artificial intelligence has shown hidden turbulence in the atmosphere of the Sun.

The sun, essentially a hot ball of hydrogen and helium, is an average-sized star that formed more than 4.5 billion years ago and is roughly halfway through its lifespan.

"This led to efficient detection of spatially spread features and concentrated features. [..] Our network exhibited a higher performance on almost all the spatial scales when compared to those reported in previous studies."

Elevated magnetic activity associated with sunspots can lead to solar flares, coronal mass ejections - large expulsions of plasma and magnetic field from the outermost part of the sun’s atmosphere - and other electromagnetic phenomena that can affect Earth, for example disrupting satellites and communications and endangering astronauts.

"By comparing the results of the three convection models, we observed that the rapid decrease in coherence spectrum occurred on the scales that were lower than the energy injection scales, which were characterized by the peaks of the power spectra of the vertical velocities. This implies that the network was not appropriately trained to reproduce the velocity fields in small scales generated by turbulent cascades," they wrote in their paper.

"These challenges can be explored in future studies."