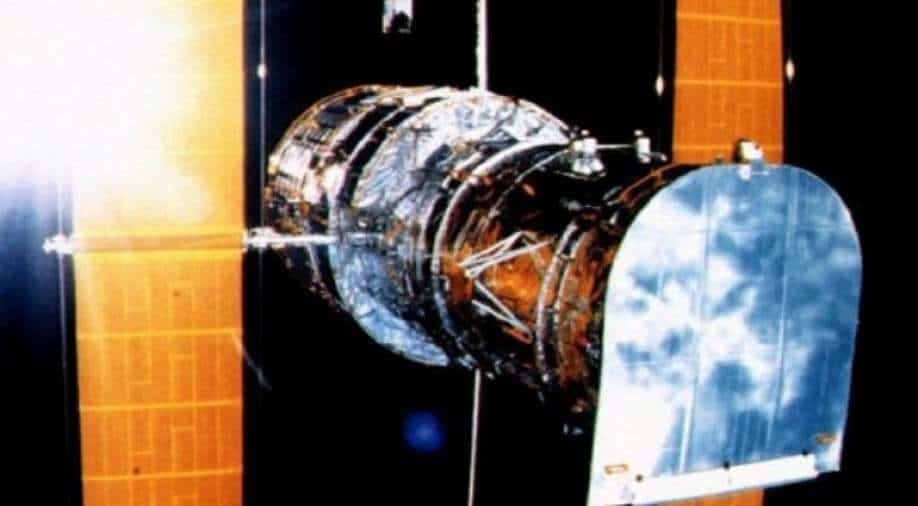 Hubble, which has been watching the universe over the past 30 years, faced trouble with its payload computer on June 13

US Space agency NASA continues to work on the payload computer on the Hubble Space Telescope, which halted probably due to a degrading memory module.

Hubble, which has been watching the universe over the past 30 years, faced trouble with its payload computer on June 13. An attempt to restart the computer failed on June 14, NASA said.

"NASA continues to work on resolving an issue with the payload computer on the Hubble Space Telescope. The operations team will be running tests and collecting more information on the system to further isolate the problem. The science instruments will remain in a safe mode state until the issue is resolved. The telescope itself and science instruments remain in good health," the space agency said in a statement.

The agency's initial findings pointed to a degrading computer memory module as the source of the computer halt. When the operations team attempted to switch to a backup memory module, however, the command to initiate the backup module failed to complete.

Another attempt was conducted on both modules to obtain more diagnostic information while again trying to bring those memory modules online. However, those attempts were not successful, NASA said.

The payload computer is a NASA Standard Spacecraft Computer-1 (NSSC-1) system built in the 1980s that is located on the Science Instrument Command and Data Handling unit. The computer's purpose is to control and coordinate the science instruments and monitor them for health and safety purposes.

It is fully redundant in that a second computer, along with its associated hardware, exists in orbit that can be switched over to in the event of a problem. Both computers can access and use any of four independent memory modules, which each contain 64K of Complementary Metal-Oxide Semiconductor (CMOS) memory. The payload computer uses only one memory module operationally at a time, with the other three serving as backups.

The purpose of the payload computer is to control and coordinate the science instruments onboard the spacecraft. After the halt occurred on Sunday, the main computer stopped receiving a "keep-alive" signal, which is a standard handshake between the payload and main spacecraft computers to indicate all is well.

What animals see in the stars, and what they stand to lose

'Savannafication': Brace yourself for new climate lingo that boggles the mind