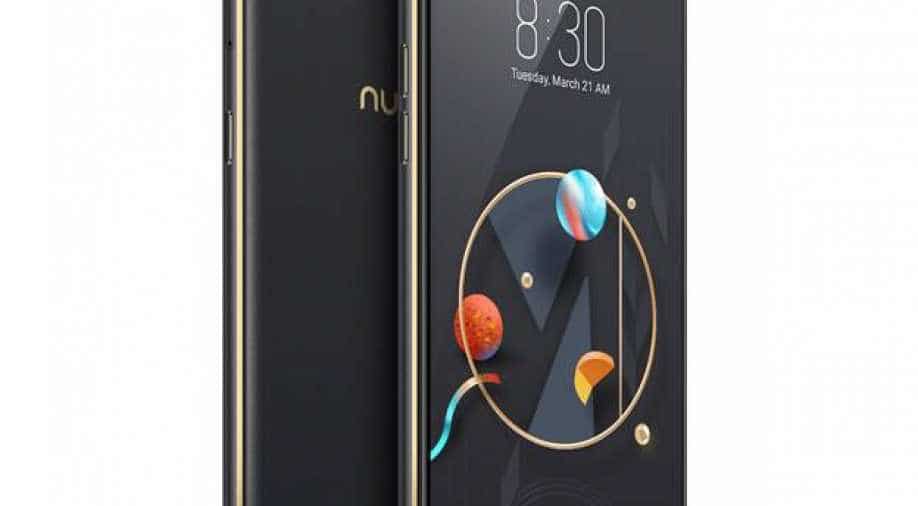 Nubia M2 Lite, the latest smartphone by Nubia bringing its M series in India Photograph:( Others )

Nubia?s first smartphone with a 16 MP front camera, includes an inbuilt soft LED flash and an f2.0 wide-aperture lens. ||Boasts of premium features like a 2.5D glass front and a metal uni-body design.

Nubia brings its M series in India with the launch of M2 Lite. This being Nubia’s first smartphone with a 16 MP front camera, includes an inbuilt soft LED flash and an f2.0 wide-aperture lens which, in theory, should enable the phone to produce sharper images in low light. It sports a 5.5 inch screen and boasts of premium features like a 2.5D glass front and a metal uni-body design.

At 7.5 mm, the smartphone is sleek and fits nicely in hands. It is powered by an Octa-Core 64-bit CPU, 4GB RAM and 32GB of inbuilt storage. With up to 128GB of expandable memory, storage space is not going to be problem.

The mid-range budget smartphone space is slowly getting saturated with almost all the manufacturers launching similar specced phones within a very competitive price bracket. It is nifty features and ease of use that actually matters.

Nubia adds a host of software features as an add on for enhancing usability. It has the ability to have two social media accounts in one phone, enabling you to keep your personal and proffesional lives separate. Moreover, it also has split screen and screen recording built into natively which power users would love for sure.

Its NeoPower 2.5 suite extends battery life of the 3000 mAh polymer battery and comes with 118 new power optimization features. The processor’s big little architecture also aides in powerful energy efficiency. M2 Lite also come with the customized edition of NeoVision 6.0 just for the M2 series, which enables a strong multifunctional camera. It also comes with 9 beauty modes and 90 mods to capture every mood exquisitely.