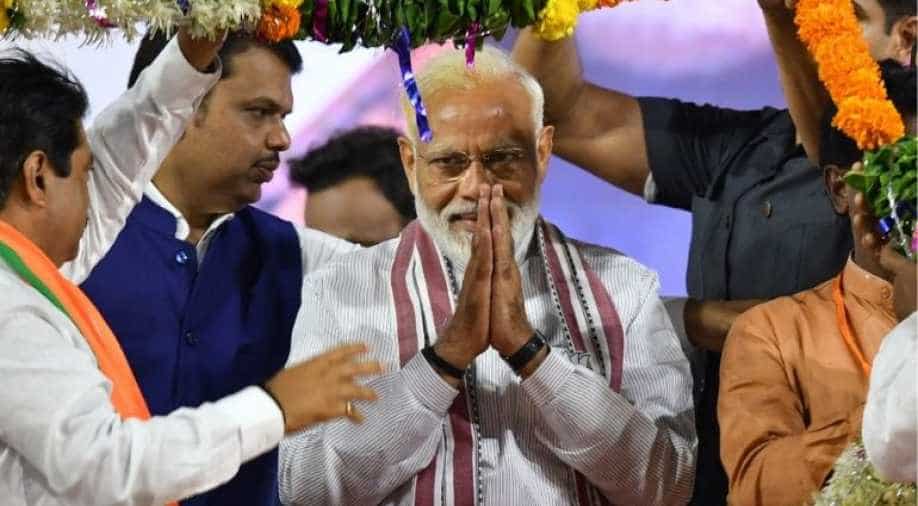 Narendra Modi did not just set the agenda for Indian foreign policy, but its efforts boosted the country’s image as an important player in shaping regional and global geopolitical, strategic and economic landscapes.

The landslide victory of the BJP-led coalition under the leadership of Narendra Modi in the 2019 parliamentary elections is indeed historic. In the next five years, Modi will have the opportunity to make a new India. In doing so, his government will surely continue to reinvent Indian foreign policy.

True, in Modi’s first term, Indian foreign policy had undergone a remarkable transformation. First, India aggressively pursued a multi-aligned policy in engagement with the word. This change saw India fostering engagement with all the global powers. While the US designated India as a defence partner, New Delhi expanded military ties with Russia, France and Japan.

Under the Modi government, India became a member of the Missile Technology Regime, which aims to check proliferation of missiles and unmanned aerial vehicle capable of carrying weapons of mass destruction.

In another major development, India succeeded in getting Masood Azhar designated as a global terrorist at the UN. India’s ties with East and Southeast Asian countries have touched a new high under Modi’s Act East Policy and its relations with its South Asian neighbours, except Pakistan, have also been on an upward trajectory.

At the same time, the BJP government has sent a clear signal to India’s neighbours and beyond that its efforts to foster friendly ties should not be seen as the sign of weakness. This is in the context of the Balakot strike in Pakistan and India’s position during the Doklam crisis with China.

Thus, in his first term, Modi did not just set the agenda for Indian foreign policy, but its efforts boosted the country’s image as an important player in shaping regional and global geopolitical, strategic and economic landscapes.

Consequently, as Modi begins his second term, there would be more of continuity than change in Indian foreign policy. India’s invitation to the member states of Bay of Bengal Initiative for Multi-Sectoral Technical and Economic Cooperation (BIMSTEC) – Bangladesh, Myanmar, Sri Lanka, Thailand, Nepal and Bhutan for the swearing-in ceremony of Modi, clearly underscores his continued efforts to boost India’s Neighbourhood First policy.

BIMSTEC, which covers a vast regional geographical area, can play an important role in meeting India’s economic aspirations. At the same time, there is also an indication that the Modi government would take further efforts to isolate Pakistan at the regional and global level for providing shelter to terrorists operating against India.

The invitation to the President of the Kyrgyz Republic indicates India’s seriousness about strengthening ties with Central Asian countries to effectively protect its strategic, economic and energy interests.

Strong ties with Bishkek will also help India promote its agenda at the Shanghai Cooperation Organisation (SCO), since the Kyrgyz Republic heads this grouping.

As Mauritius has been a major source of foreign direct investment (FDI) in India, the presence of the leader from this country at the oath-taking ceremony of the Modi government will surely help deepen ties between the two countries.

Of course, the rise of China and its deepening engagement in the Indian Ocean and in South Asia, has posed a serious security concern in India. Though New Delhi has been looking to ‘reset’ ties with Beijing, it is highly unlikely that China, under the leadership of Xi Jinping, will end its hostile approach towards India, especially when both the Asian powers are aspiring for a similar status in the same geography.

Thus, fully aware of these structural and other compulsions, India has endorsed America’s Free and Open Indo-Pacific Strategy. Last month, New Delhi also established the Indo-Pacific Desk to bring more clarity to its Act East Policy, thereby playing its role in promoting a multipolar order in the region.

Nevertheless, China’s assertive posturing, Trump’s unpredictable behaviour and his America First Policy, the impact of the Iran sanctions on India’s energy requirement and Pakistan-sponsored terrorism are some major issues facing the Modi government in his second term.

Last but not least, this time India’s induction as a permanent member of the UN Security Council could be a top foreign policy priority of the Modi government.