In search of a new political narrative in Tamil Nadu 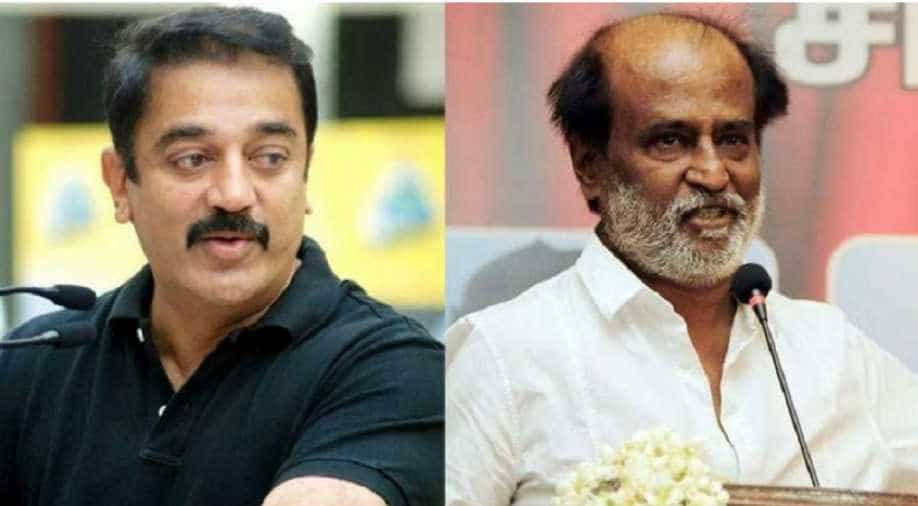 The death of Ms Jayalalithaa, former Tamil Nadu chief minister and leader of the ADMK, has left a profound vacuum in the state’s politics. That this was followed by prolonged illness, and eventual demise, of M Karunanidhi, the supreme leader of the DMK, makes this vacuum even more disturbing. And what happens here matters as Tamil Nadu will play a crucial role in 2019 elections.

A question, which would have been unthinkable just a few years ago, is now doing the rounds: “Is there a political alternative for Tamil Nadu, away from the two Dravidian parties?”

That times change, as also the mood of the electorate, is not always appreciated by political parties. Let us trace the evolution of political ideas in Tamil Nadu during the past half-century. From 1947 to 67, when the Congress was the ruling party, the dominant political philosophy was Democratic Socialism. Between 1967 and 1972, DMK gave a new direction with the eradication of the caste system and establishing a strong Tamil identity.

From 1972 to 1987, the ADMK pursued poverty alleviation and social justice. Again from 1987 to 2015, both DMK and ADMK, with the latter dominating, continued with further poverty alleviation and social justice. From 2015 till now, the ADMK effected a paradigm shift in the political narrative with the state-wide launch of the Amma canteen, which has been a big, bold attempt at food security in the state.

Coming up with new narratives is a big challenge that calls for imagination and foresight. Clearly, narratives do not drop from heaven. But they creep into the mind that has struggled to understand and cope with major problems. Here is a list of such problems/questions: With a million Indians entering the labour market every month, the country faces a formidable social and economic challenge, aggravated by the relentless march of technology. A problem crying out for an innovative response, such as the Congress Party’s 100-day National Rural Employment Guarantee Scheme.

The long-held dream of linking the country’s major rivers. Where do we start and how do we go about it? Is the steady flow of subsidies from the state robbing the average citizen of his will to work? How do we counter this trend, without abandoning the core idea of social justice? Inter-state disputes are on the rise, eg. sharing of river waters. Can we not come up with an approach to such disputes that encourages spontaneous, inter-state cooperation? Should politics continue to be characterised by bitter, inter-party rivalry? Can we not move to an era of mutual respect, cooperation and power sharing? What about the monster of corruption, which seems to have buried its tentacles deep into the body politic? How do we slay this monster?

Tamil Nadu has witnessed much excitement lately with two superstars entering the political arena: Rajinikanth, and Kamal Haasan. That these two titans of Tamil cinema chose this precise, psychological moment to enter politics, after nearly half a century of dominance by the two Dravidian parties, points to a possible paradigm shift in the politics of this state — a discontinuity, if you like, with profound implications for the future of politics in the state.

The two Dravidian parties seem rather puzzled that their old slogans no longer elicit the same response as in the past. They are beginning to wonder whether there is more to political leadership than just organising protest rallies and rushing to the TV camera.

Tamil Nadu is at the crossroads, with a profound political vacuum blurring the vision of most players on the political stage. The state’s two major Dravidian parties seem to be discovering, rather suddenly, that their old slogans and narratives no longer have the same appeal to the electorate as in the past — a problem compounded by the entry of two titans of Tamil cinema into the political arena. Both these parties, as also others in the state’s political arena, need to re-invent themselves, and come up with new narratives, if they are to remain relevant.

The author is in the field of management education