Algerian Spring: Will it change the Arab course? 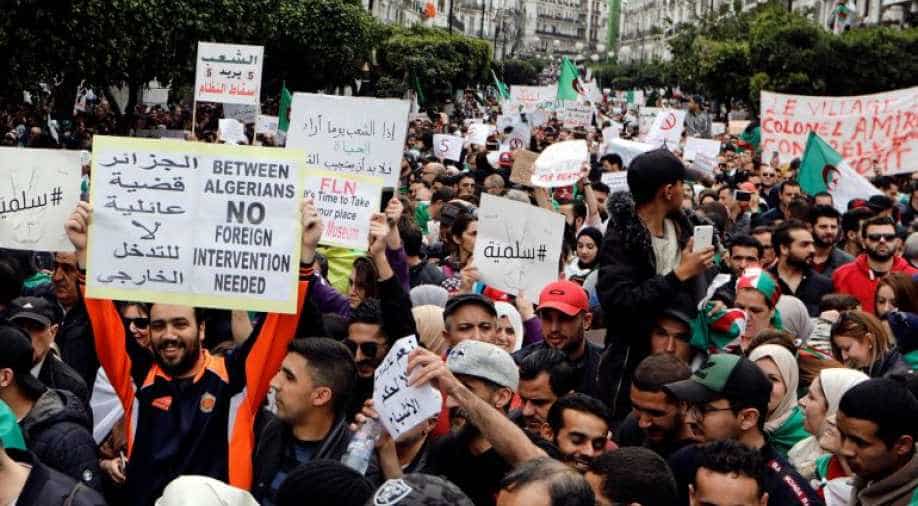 The outrage among citizens is the result of increasing unemployment, inequality, precarious work conditions, inflation, deteriorating social and economic conditions

It is paradoxical that while the Arab world cried for democracy during the Arab Spring, the Algerian street was silent. Today the street of Algeria erupted again with a consequence that its incumbent President, Abdelaziz Bouteflika, had to forego his claim for Presidency for a fifth term.

For the past several weeks, thousands of Algerians took to the streets after President Bouteflika announced his decision to run in April’s presidential elections despite his serious health conditions caused by a stroke in 2013. Bouteflika took to power in 1999 after presidential elections in which he was the only running candidate. The outrage among citizens is the result of increasing unemployment, inequality, precarious work conditions, inflation, deteriorating social and economic conditions etc. Among the protestors are mostly youth, teachers, workers, students etc.

The fall of Bouteflika symbolises the continuity of fall of many dictators during Arab Spring: Ben Ali of Tunisia, Hosni Mubarak of Egypt, Muammar Gaddafi Libya, Saleh of Yemen.

Does this mean that eruption of Algerian street is likely to galvanize streets of another Arab world in the direction of democratic reforms? While it’s true that all regimes in the Arab world including the Gulf regimes have learnt the democratic lesson of Arab spring and accordingly introduced some cosmetic democratic reforms in their respective countries.

However, this democratic tokenism is unable to fulfil the aspiration of social media savvy Arab youth. Therefore, in hindsight, it appears that Algerian protests are likely to push qualitative democratic reforms in the Arab countries. However, much will depend on the nature of the crisis of legitimacy of Arab states as well as a decline in the Sunni Shia narratives of conflict in West Asia.

Notwithstanding the uncertainty over democratic transition in view of what is considered a failure of Arab spring, the protesting street of Algeria has expanded the life of “Arab spring” and put a question mark on what is called as “Arab winter”? Algeria since early 1990’s has undergone many ups and downs including the most intense civil war between 1990 and 2001 at the same time it has been one of the most progressive nations of Arab world. Historically, Algeria symbolises the most potent face of anti-imperialism, people’s struggle against the regime and therefore, the current ongoing protest has potential to recenter agenda of equality and democracy not only with Algeria but in the wider Arab world.