Achieving religious harmony in a world of fear and populism 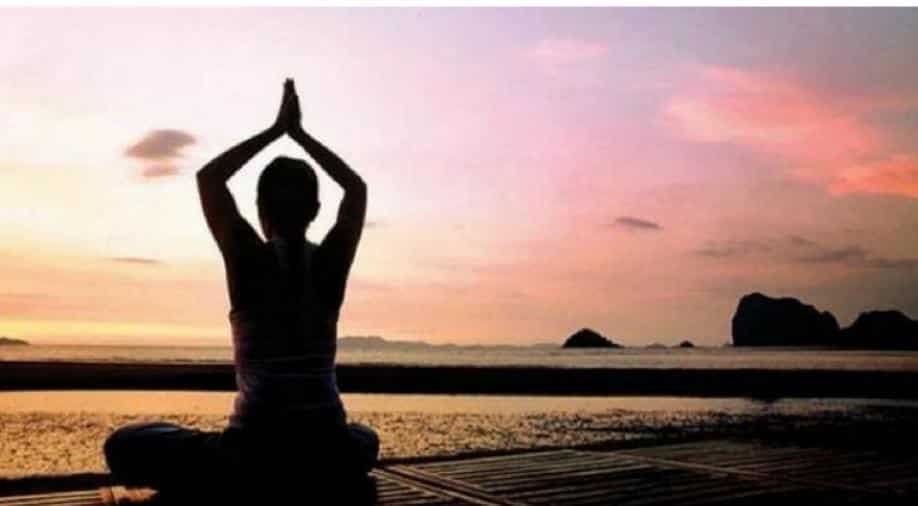 Intolerant, racist and supremacist have risen in significance even in democratic societies that project themselves as open, tolerant guarantors of equal rights irrespective of nationality, ethnicity, religion, colour or sexuality.

This is a tough time for men and women, at least those whose message is one of peace, tolerance, mutual respect, equality and inter-faith dialogue.

Underlying the rise of populism, nationalism, protectionism, fear of the other, anti-migrant and anti-foreigner sentiment, and hate speech is an erosion of the norms of debate. Articulation of hate speech has become permissible, if not fashionable. Often blunt and crude language employed by leaders, politicians and some people of the cloth help shape an environment in which civility has been lost.

Intolerant, racist and supremacist have risen in significance even in democratic societies that project themselves as open, tolerant guarantors of equal rights irrespective of nationality, ethnicity, religion, colour or sexuality. Suppressing those voices through laws and bans drives hate speech and racism underground, it doesn’t erase or eradicate it. Countering it with a message of tolerance and mutual respect won’t erase it either but can help shape an environment in which those principles become dominant again.

Let’s face it, prejudice is a fact of life. Its inbred in whatever culture each of us adheres to and whatever education at home and in schools that we have enjoyed, irrespective of how conservative or liberal our family and societal backgrounds are. We all were raised on implicit or more explicit notions that our culture is best or by implication other cultures are not as good.

In other words, prejudice is not the issue, its how we deal with it, how we manage it. The problem arises when we lose our sense of relativity when we adopt an absolutist approach, the high way or no way. It arises when pluralism is thrown out the window and we abandon the notion that our world is populated by a multitude of equally valid faiths, worldviews and belief systems.

To quote Mahatma Gandhi, a deeply religious Hindu, who said in 1942: “I believe with my soul that the God of the Qur’an is also the God of Gita and that we are all, no matter by what name designated, children of the same God. My whole soul rebels against the idea that Hinduism and Islam represent two antagonistic cultures… To ascent to such a doctrine is for me a denial of God.”

In the battles in the late 1940s and 1950s over a proposed national ban in India on the slaughter of cows, Gandhi declared himself a worshipper of cows whom he regarded with the same veneration as he viewed his mother. Yet, Gandhi, went on to say that “The Hindu religion prohibits cow slaughter for the Hindus, not for the world. The religious prohibition comes from within. Any imposition from without means compulsion. Such compulsion is repugnant to religion.”

On a visit in 1942 to a German camp populated by Indian prisoners of war captured from the British during fighting in North Africa, Subhas Chandra Bose, a deeply religious leader of the Indian independence movement, reportedly warned inmates that “If you use religion to unite yourself today, you leave the door open for someone to divide you later using the same sentiments.”

Recent history validates Bose’s warning, not only in India and Pakistan, but across the globe expressed in Islamophobia, anti-Semitism, and anti-Shiism, just to name a few, as well as in conflicts, wars and brutal repression in places like Syria, Yemen and the north-western Chinese province of Xinjiang.

Many of you represent faiths with multiple sects, legal schools and interpretations – proof that your belief system in the narrow context of that system is open to multiple interpretations. Some of those interpretations may be intolerant, anti-pluralistic, supremacist. They too are a fact of life, like it or not. Countering them depends on the social environment one creates a sphere within which men and women of the cloth have an important role to play as well. It is also a function of the social and economic policies implemented by governments.

Indeed, the key is not suppression, what is suppressed doesn’t go away, at best it goes into hibernation, only to re-emerge at some point in the future. The key is containment, communities and societies that make discriminatory, racist, supremacist expressions socially taboo. That key is not enforced by force of law but by social custom and an environment in which those expressions are continuously challenged in public debate, social settings and individual encounters. I am not talking about political correctness that stifles debate.

Leaving aside those whose beliefs are absolute and intolerant of any other view, a majority of people gravitate towards the middle. It’s what some call moral shock or what former trader Nassim Nicholas Taleb dubbed black swans coupled with economic, social and societal uncertainty and political manipulation that drives people towards more literal, absolutist, intolerant beliefs.

It is those circumstances in which normally tolerant communities and societies become more amenable to those beliefs. It’s what allows men like Slobodan Milosevic or Bashar al-Assad to turn societies where inter-communal relations and inter-marriage were the norms into wastelands in which one community tries to exterminate the other.

Think of Bosnia Herzegovina in the 1990s that seemingly transformed overnight from a beacon of harmony into a hell or the tensions in multiple countries ranging from Bahrain to Nigeria or the tenth parallel that journalist Elizabeth Rush aptly described as the fault line cutting across Africa and Asia between more strident forms of Islam and Christianity.

The last two decades have witnessed a renewed hardening of fault lines, not just ones between strands of Islam and Christianity, but across the board. This latest round started in 2001 with the moral shock of the September 11 attacks in New York and Washington and subsequent attacks across Europe as well as in Asia and Africa that continue until today. 9/11 was the death knell of multi-culturalism and the cradle of the latest wave of Islamophobia and rising anti-Semitism.

The economic financial crisis of 2008/2009 with its decimating effect on the lower and middle classes, the flourishing of jihadism, the impact of heinous attacks close to home and the fear, a human being’s most irrational emotion, that generated the breeding ground for populism, nationalism, protectionism and the return to primordial, absolutist beliefs propagated by multiple sources, including men and women of the cloth.

To be sure, the groundwork for this pre-date 9/11, fuelled by some strands of Christianity, massive Saudi funding across the globe of ultra-conservative strains of Islam, and the use of religious intolerance by leaders and governments because it served a political purpose.

Pakistan illustrates what this can produce. The tolerant and live-let-live types live in a bubble, primarily in Pakistan’s three foremost cities, Karachi, Lahore and Islamabad. The gravity of society has shifted toward intolerance, anti-pluralism and supremacism. Ultra-conservatism has been woven into the texture of segments of society and the culture of some institutions of the state. It is a world in which absolute truth rules supreme, discrimination based on an absolute truth is anchored into law, competence is determined not exclusively on the basis of merit but on what faith one adheres to, democratic freedoms are curtailed. Mob lynching becomes acceptable, violence against minorities the norm, and anti-blasphemy the tool.

In most, if not all of these countries, significant segments of the population have no real stake in society. Intolerance, anti-pluralism, racism and supremacism fuel the perception of disenfranchisement and marginalization that often produces a sense of not having anything to lose. It is some combination of religious ultra-conservatism, exclusivist ethnic and nationalist sentiment, and lack of a stake that creates breeding grounds for militancy and extremism.

While Singapore regulates hate speech or expressions it believes would undermine harmony, it has been successful in ensuring that all segments of the population have a stake in society – perhaps the most important factor in combatting discrimination, racism and supremacism as well as militancy and extremism.

Singapore demonstrates messages of tolerance and inter-ethnic and inter-faith harmony can and will be heard in a political and social environment that fosters mutual respect and dialogue.

Tolerance, mutual respect and dialogue start in one’s own community and its message is as credible as one practices it without exception. That probably requires a redefinition of the concept of absolute truth. That’s a tough order, but no one claims that ensuring that a peaceful and harmonious existence and future would be easy. It also is a litmus test of one’s sincerity.