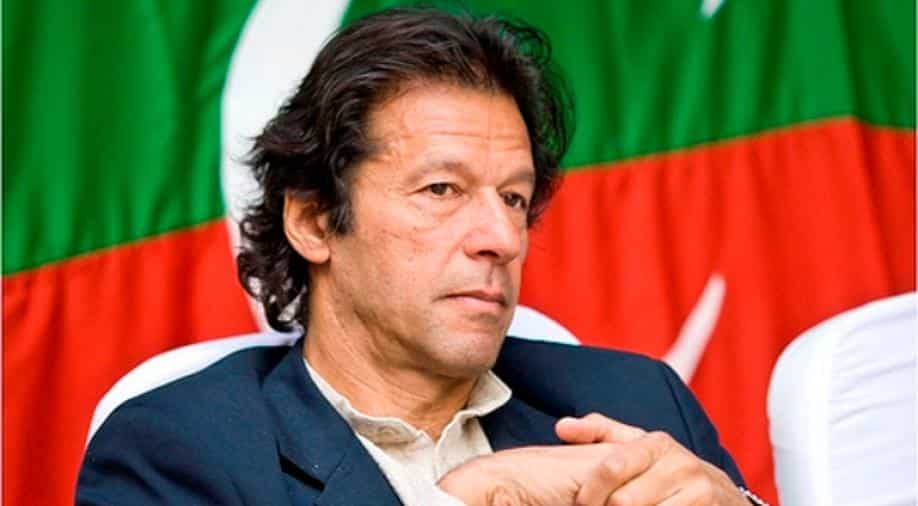 It would appear advisable for Pakistan to delink religion from politics to try and allow democracy to remain in place. Any flirting with religion would be costly leaving no chances for redemption

One more controversy has hit the religious and social circles in Pakistan adding fresh challenges to the beleaguered country, where Prime Minister Imran Khan is faced with threats of dismissal. In a dramatic move (December 31), the Ministry of Religious Affairs and Inter-faith-Harmony unceremoniously and summarily removed Mufti Muneeb-ur-Rahman from the post of Chairman of the Ruet-i-Hilal committee. He was perhaps the longest-serving chairman of this crucial committee and was occupying the post since 1977. Earlier, President Pervez Musharraf had given him an extension in year 2000 and subsequently, the Pakistan People's Party regime under Asif Zardari had extended Mufti’s tenure in 2012.

The new incumbent is Maulana Abdul Khabeer Azad of Badshahi Mosque, Lahore. Azad claims to be one of the grandsons of Maulana Abul Kalam Azad. His appointment has, by and large, caused ripples amongst the religious fraternity as the new appointee is believed to be a hardcore Wahabi belonging to the Deobund school of thought. More significantly, the buzz going around is that prior to his appointment, the Saudi Ambassador in Islamabad had met Pakistan’s Foreign Minister, Shah Mehmood Qureshi and the Saudis were insisting on the appointment of a candidate who is less liberal and espoused the religious extremist thoughts.

It’s further believed that Pakistan, by this sudden but calculated move, has tried to warm up to Saudi Arabia which has of late started distancing from Pakistan giving a clear signal to keep off its path. Saudi's consistent stand in not allowing the OIC to raise Kashmir in its forum has also caused immense anxiety to Pakistan just as Riyadh and New Delhi are coming much closer than before.

However, this may be a Pakistani gesture to try and get a foothold in Saudi Arabian scheme of things, but it’s very unlikely that Saudi Arabia will act on something which is detrimental to Indian geo-political and security interests. Pakistan's efforts to come close to Saudi Arabia is also borne by the fact that very recently, Pakistan appointed Maulana Tahir Ashrafi, a sworn Wahabi Ahl-e Hadis, as the special envoy to the Middle East with a special brief for Saudi Arabia. These are all optics’ overtures to win over Saudi Arabia.

In this context, it appears imperative to examine the implications of this appointment which may per se, look to be a local issue but has far-reaching fallout impinging on Pakistani polity and for the Indian watchers of Pakistan to observe the religious trends affecting its polity. Opposition to the present Maulana’s predecessor, Muneeb, came from the religious clerics belonging to the province of Khyber Pakhtunkhwa and Mufti Shahbuddin Popalzai of Qasim Ali Khan mosque was vehemently vocal for Muneeb’s inglorious exit. Adding fuel to fire was the Religious Inter-Faith Minister of Pakistan, Fawad Choudhry who didn’t see eye to eye with Muneeb alleging that as the Chairman of the Hilal Committee, Muneeb was opposing an almanac which was supposedly based on latest Science and Technology as, according to him, the government was trying to introduce progressive elements into the committee which was opposed by Muneeb. He further said the Pakistani govt was planning to put in place lunar observatories at four different locations in Pakistan which was resisted by Muneeb. However, experts and a large section of liberal religious commentators apprehend that this change might take Pakistan back to military dictator Zia ul Haq’s regime which saw religious fundamentalism at its zenith.

Another important aspect, perhaps the most crucial one is a political move. It proves how in Pakistan religion is conveniently mixed with politics. The ongoing protests to oust Prime Minister Imran Khan is coordinated by Maulana Fazlur Rahman of the Jamait ul Islam (JuI).  And it’s the same JuI which has been seeking removal of Muneeb to grab space in politico-religious activities. Muneeb’s recent removal must have given Fazlur Rahman some sigh of relief. And behind the scene there could be some secret deal between Imran Khan - Fawad Choudhry combine to neutralise Fazlur to take the wind out from the sails of the Progressive Democratic Movement (PDM) which is now a thorn in Imran’s flesh with all the major political parties pitching in to mount pressure on Imran to quit. So, the developments have been dramatic confirming that howsoever Imran may try to show that in his regime, religion is kept at an arms’ length, in reality, the picture is totally different.

As is generally known, Pakistan’s credibility after a severe beating due to economic lapses, spurt in terrorism, abetment to cross border terrorism etc. Plus,  drafting a hate-India centric foreign policy with focus on Kashmir, drummed up psychological warfare, based on false propaganda etc and above all, using the Deep State to foment terror designs supporting the homegrown terror groups by religious indoctrination have badly backfired. It would, therefore, appear advisable for Pakistan to delink religion from politics to try and allow democracy to remain in place. Any flirting with religion would be costly leaving no chances for redemption.