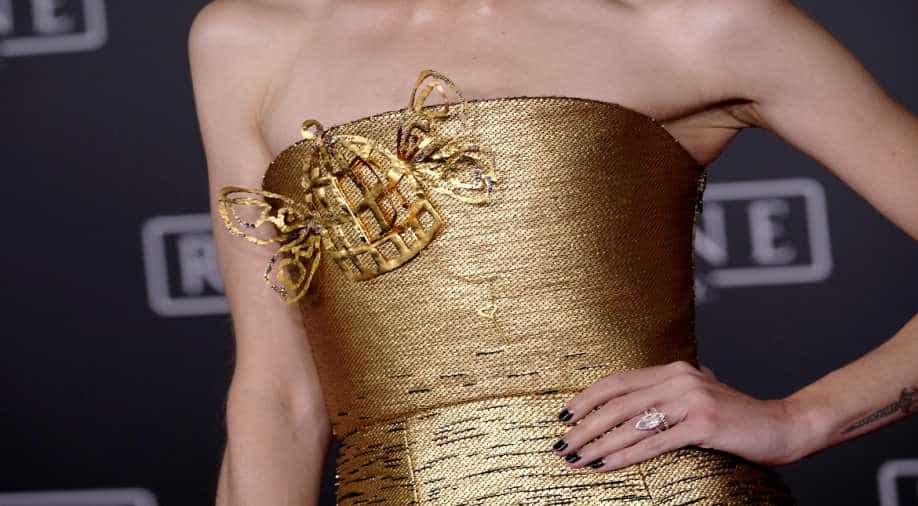 Does calling actresses 'actors' robs them of their iconic glamour? Or is it a much-needed step to head towards a gender-neutral world? Read this opinion piece by Monojit Lahiri

At a recent [unlock celebration?] party comprising close friends, my old and ever-opinionated buddy, renowned for calling out Bollywood’s antics, spotted & buttonholed me & took off.

“Boss, what is this fashionable crap – jhadoed from the West, no doubt – of putting the term Actress to sleep and replacing it with Actor? For Chrissake, can you imagine calling screen legends and dream girls like Garbo, Harlow, Taylor, Monroe & Hepburn or even our very own Madhubala, Nutan, Suchitra Sen, Meena Kumari, Waheeda Rehman ... Actors?!  Why this sudden anxiety and insecurity to emphasise & insist on individual identity? Yahan bhi activitism ghus gaya? Their talent and beauty have always been recognised, acknowledged, applauded & rewarded, so what’s the problem, yaar?”

Other supporting voices soon joined in and the general drift was that men & women are not the same & an actor in a female role sounded both weird and sexless! Why this 'dramabaazi' and self-conscious attempt to flag-wave female entity? Even the revered Oscars have a Best Actress award, so why this pagalpan to re-write the rules of the game that was never leaning towards anything remotely sexist or degrading.

"Why are we constantly posturing and aping the West to appear with it, cool & liberated? What is this great image-makeover or perception change that one hopes to achieve? What value-addition and in what way does the term actress – after all these years of total acceptance – suddenly appear to rankle, de-value, demean the dignity, prestige, aura & stature and bring new power by replacing it with the term actor?  Pray, do tell!”

Also Read | Opinion: Why film critics are breath of life but a kiss of death for the masses

“For simple, middle-class Bollywood fans like us, we just don’t understand why this cardiac arrest over non-existent gender issues! Man-woman, hero-heroine, actor-actress - where does protest and woman-empowerment come into this or solid assertion of identity to celebrate the individual? Why and how does Best Actress become a Kalank to the female Performer & Best Actor something liberating to be hymned & celebrated since it appears to be in the same page?  Why is everything so politicised, aggressive and hell-bent towards scoring brownie points? When beautiful, graceful and gifted Audrey Hepburn or Elizabeth Taylor, Meena Kumari or Rakhee received a Best Actress award, remember there is appreciation & applause not paralysis through analysis!”

“To me, it’s nothing more than a war-cry of APNA TIME AAGAYA! A superficial celebration of aligning with the new-age woman-empowerment thrust blitzing certain sections of society. While I am all for anything that goes towards upliftment of women’s dignity, this Actress-Actor insistence foxes me. How can an alphabetic change suddenly bring more value, clout, prestige and status to gifted actresses already saluted? It will be interesting to check it out with some thinking & articulate actresses, who have opinions and don’t get influenced by the forces that are desperate to look and appear politically correct. I would imagine, great scripts with solid roles and super directors would be their primary concern – not Actors instead of Actresses!”

Also Read | Opinion: Ok you watch arthouse films, but does it make you superior?

Not all rock with these takes of the no-big-deal guys, who believe this issue is a waste-of-time which should be channelised to more important matters, like making better films with solid content and gifted actors.

Kolkata-based Indrani Sen however doesn’t agree and lauds Shabana Azmi who is said to have brought this [actor not actress] subject up.

“Shabana-ji, brilliant actor and dedicated activist, is spot-on.  It is a timely and symbolic gesture towards perpetuating female-empowerment & self-assertion which is the flavour of the day. The term actress has outlived its simplistic utility and today suggests a bimbette, a glam dumb doll, sexy eye-candy for the hunk hero. An actor does not suffer this image perception at all. Since both are performers, why not go gender-neutral?”

“Whether or not this new term impacts fees, clout or image is another matter but throwing the hat into the ring is about demonstrating intent and seriousness of purpose.“

“I am in complete agreement with dear soul-mate Shabana!  At a time when the new-age woman is multi-tasking & multi-layering and meeting with such stupendous success, why should gender influence profession?”

Critics note that grammatically it is incorrect to refer to the female gender of actor as female actor. The female for actor is actress, like tiger-tigress, master-mistress, etc. However, the trend is such that actresses are referred to as female actors for two reasons. One, gender neutrality. In order to be on the same page and at par with male actors.

This takes the male-dominated sting off and makes it a level-playing field.

Two, the word tiger is a common noun but actor is derived from the verb Act.  The same rule doesn’t apply for actor as tiger. Besides, it’s considered an outdated term.

Another view is that actresses come into the same category as authoress, comedienne, manageress, lady doctor, male nurse that date from a time when professions were largely the preserve of one sex, men.

As Whoopee Goldberg once said, “Actresses can only play women. I am an actor. I can play anything!”

Cut to a space beyond the battlefield. The word actor refers to a person who acts regardless of gender while actress refers specifically to a female.

The Dictionary states that originally the term Actor was used for both sexes.

“I was a professional actor for 40 years. Most of the women I worked with generally preferred to be referred to as actors, performers, artists, singers, dancers. The trend of identifying genders in job titles faded out in the late 20th century along with words like Stewardess [Flight Attendant] Waitress [Server]. Only Hollywood-type award shows sustain the gender-specific categories because of traditional slots which seem to have been writ on stone! At the end of the day, even in glam and glitzy Hollywood, remember all movie stars, male or female, belong to the same union – The Screen Actors Guild!” quips a veteran show personality from the West.