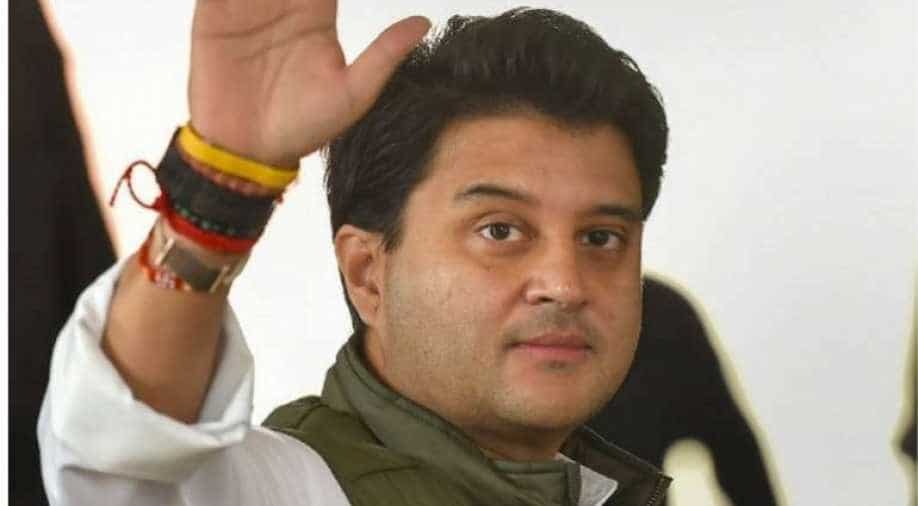 The Congress has not only lost Jyotiraditya Scindia, but there are chances the party losing out the state to the BJP as well.

The telltale signs were visible to all, except the Congress leadership which was either unable to read the writing on the wall or lived in a denial mode. Prising out the wicket of Jyotiraditya Scindia is a major victory for the country’s ruling Bharatiya Janata Party (BJP) as he was one of the very few leaders within the Congress party who could swing things in the party’s favour as seen during the last elections in Madhya Pradesh about 15 months ago. Scindia had played a key role in snatching the win from the BJP which had a 15-year uninterrupted run in the crucial state.

If Scindia has walked out on the Congress, the blame squarely lies with the party which mysteriously failed to accommodate him, who was a close confidante of Rahul Gandhi, in a manner which was due to him. He had high hopes that the party could reward him with the chief ministership of the state, which ultimately went to Kamal Nath who commanded the support of a larger number of elected legislators in comparison to about two dozen MLAs who were rooting for Scindia. Though a temporary truce was brought about by Rahul Gandhi after days of intense deliberations, Scindia felt sidelined as he was neither given the presidentship of the state unit of the party nor a berth in Rajya Sabha.

The Congress has not only lost Scindia, but there are chances the party losing out the state to the BJP as well. It remains to be seen how many of the 22 Congress legislators who resigned return to the party as not all of them seem to happy with Scindia’s decision to join the BJP. But as things stand today, it is unlikely that the Congress will be able to weather the storm. After netting Scindia, it will not be that difficult for the BJP to catch some small fish who were not part of the Kamal Nath cabinet to switch sides after the fall of the government.

Even though some of the 22 Congress legislators decide to return to the party fold, the strength of the house will get significantly reduced giving an edge to the BJP which has 107 MLAs. The Congress had seven more MLAs than the BJP besides the support of two MLAs of Bahujan Samaj Party (BSP) and one MLA of Samajwadi Party before the revolt. So, all eyes will be on the rebel Congress MLAs and more importantly the role of the Speaker. The BJP would like the rebel Congress MLAs to tender their resignation to the Speaker first so as to bring down the Kamal Nath government to escape the Anti-Defection Law.

Once the Congress loses power in the truncated assembly following the acceptance of the resignation of the rebel party legislators by the Speaker, the BJP can move fast to stake its claim as it would have the magic number to form the government. The rebel Congress MLAs can be accommodated by the BJP later when they would be allowed to contest fresh elections in bypolls that would have to be held in a few months from now. In any case, it would be naïve to think that BJP strategists would have been eyeing only the disgruntled Scindia.

There is an urgent need of retrospection for the Congress if it fancies any chances of revival, which at present looks very gloomy. In the past, Congress has lost several leaders who went on to chart their independent course after coming out of their parent party and are doing well as regional leaders. And the BJP has been successfully tapping on the performers of the Congress who were denied their rightful due. In the recent memory, one such sulking leader was Himanta Biswa Sarma of Assam who not only plotted the fall of the Congress but helped the BJP to come to power in the state as well as several other states in the North-east.

In Jyotiraditya Scindia, the Congress has lost a performer, an orator and above all a charismatic leader who could steer the ship of the party which is sinking rapidly.