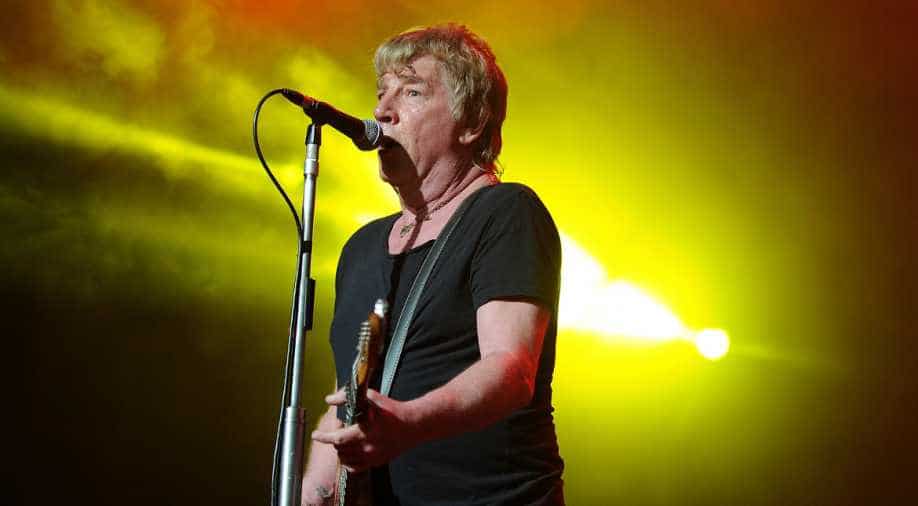 The Quo are known for their stripped-down, three-chord hits such as their signature song 'Rockin' All Over the World'. Photograph:( Getty )

Status Quo guitarist Rick Parfitt died in hospital on Saturday after suffering a severe infection, his family said. The veteran rocker, who had survived numerous health scares, was 68.

He was taken into hospital in Marbella on the south coast of Spain on Thursday due to complications with a pre-existing shoulder injury.

In nearly five decades in the business, marked by hard rock, hard drugs, hard drinking and an unwavering style, Status Quo were synonymous with rock and roll.

With his flowing blond hair, denim outfits and white Fender Telecaster guitar belting out the riffs, Parfitt was an instantly-recognisable figure on stage.

The Quo are known for their stripped-down, three-chord hits such as their signature song "Rockin' All Over the World", with which they opened the mammoth 1985 Live Aid concert, which raised money for famine-hit Ethiopia.

"We are truly devastated to have to announce that Status Quo guitarist Rick Parfitt has passed away," his family and manager said in a joint statement.

"He died in hospital in Marbella, Spain as a result of a severe infection, having been admitted to hospital on Thursday evening following complications to a shoulder injury incurred by a previous fall.

"This tragic news comes at a time when Rick was hugely looking forward to launching a solo career with an album and autobiography planned for 2017 following his departure from Status Quo's touring activities on medical advice.

"He will be sorely missed by his family, friends, fellow band members, management, crew and his dedicated legion of fans from throughout the world, gained through 50 years of monumental success with Status Quo."

Parfitt is survived by his wife Lyndsay, their young twins Tommy and Lily and his adult children Rick Junior and Harry.

Parfitt had battled a series of heart problems.

Doctors first told Parfitt his lifestyle of rock and roll debauchery could cost him his life after a quadruple heart bypass in 1997.

Earlier this year, Parfitt suffered yet another heart attack which later saw him announce he would not return to perform live with Status Quo.

One of Britain's most successful bands of all time, they have sold more than 118 million records.

Parfitt and frontman Francis Rossi were the heart of the band, and were never afraid to poke fun at themselves or their reputation for refusing to change with the times, with a succession of career-prolonging publicity stunts.

Last year they became one of only 50 acts to have spent 500 weeks or more on the British album charts.

"Down Down" topped the UK singles charts in 1974, as did "Come On You Reds" in 1994, recorded with the Manchester United football squad.

It is estimated that Status Quo have played more than 6,000 live shows to more than 25 million people.