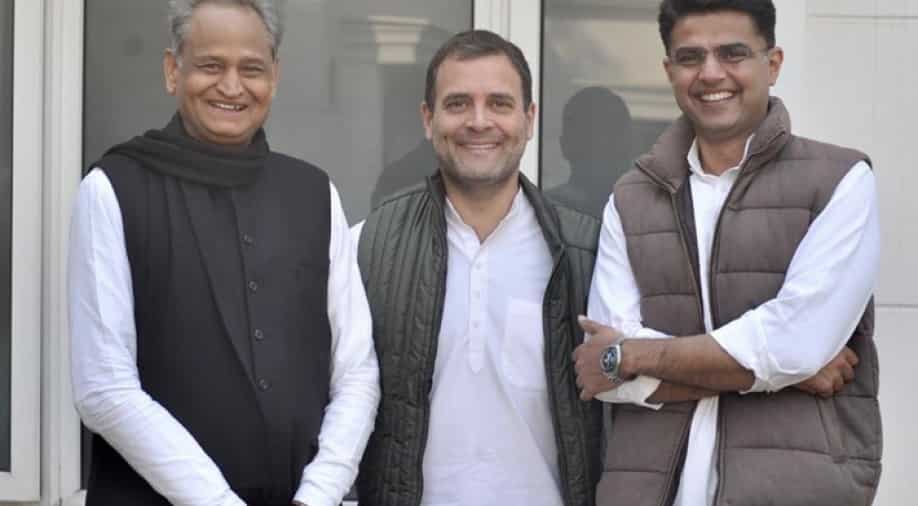 But why did the MLAs go and what promises were made to them, only they know it, Gehlot said.

Rajasthan Chief Minister Ashok Gehlot on Tuesday said it was his responsibility to address the grievances of MLAs.

But why did the MLAs go and what promises were made to them, only they know it, Gehlot said.

"If any MLA is annoyed with me, then it is my responsibility to address that. I have kept doing this in the past and will do this now also," Gehlot told reporters before leaving for Jaisalmer.

Gehlot's announcement comes after rebel Congress leader Sachin Pilot's meeting with Rahul Gandhi on Monday night that signalled an "amicable resolution" of nearly a month-long political crisis in the state.

Pilot revolted against Gehlot a month ago and told reporters on Monday that he and the other MLAs had raised organisational issues, the case of sedition filed by the SOG and the style of governance in the state, and expressed the hope that these will be addressed soon.