Watch: Narrow escape for man who 'didn't know how to get to other' Delhi Metro platform 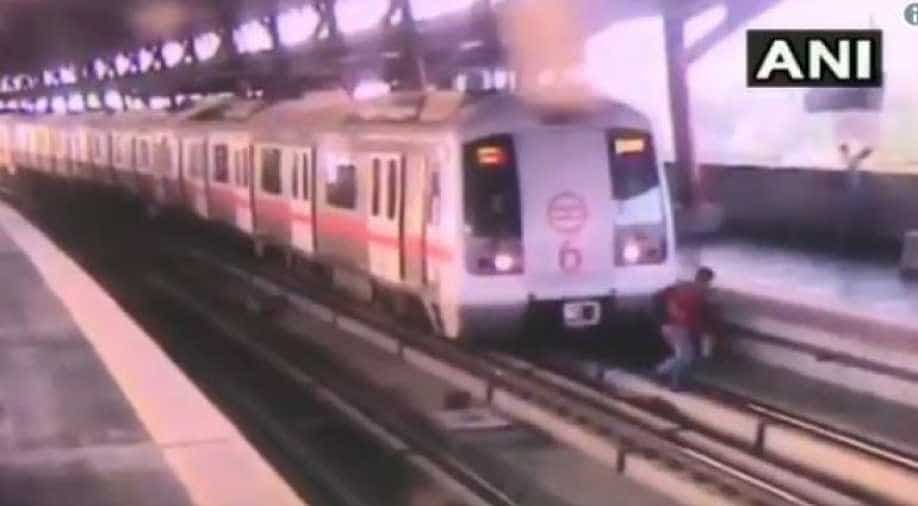 21-year-old Mayur Patel had a narrow escape while crossing the Delhi metro rail tracks. Patel was crossing the track and was almost at the other end when the train started moving.

Fortunately, the Metro driver spotted Patel and immediately hit stop. Patel was later fined by the authorities. Patel told that he didn't know how to go to the other platform and therefore tried crossing the track.

#CCTV Delhi: Narrow escape for 21 year old Mayur Patel as train moved while he was crossing the track at Shastri Nagar metro station. He was later fined by authorities. During questioning he claimed that he did not know how to get to the other platform so he crossed the track pic.twitter.com/YbXcXPzYyA

The incident occurred at Shastri Nagar metro station of DMRC's Red Line that runs between Rithala and Dilshad Garden.