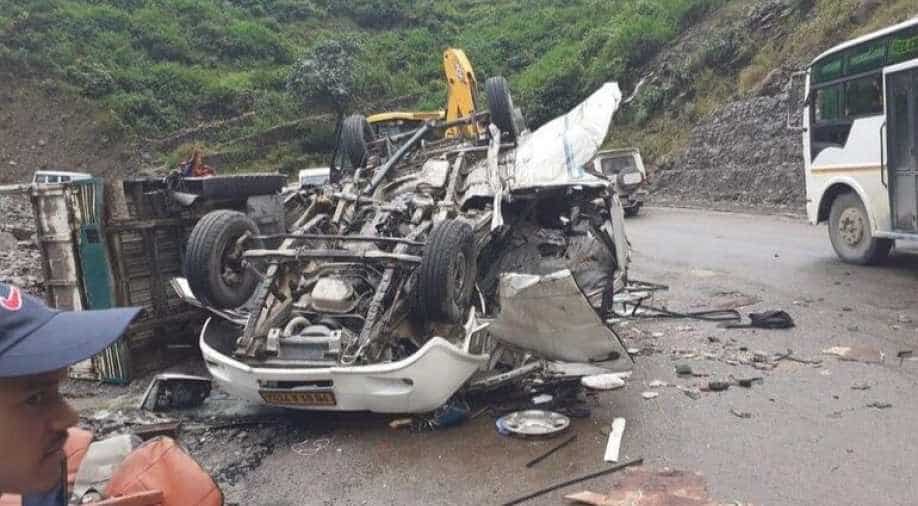 The identities of the victims are yet to be ascertained by the police.

Six people were killed while four were injured after boulders fell on a mini-van in which they were travelling in near Teen Dhara area of Devprayag in Tehri Garhwal district on Saturday.

The identities of the victims are yet to be ascertained by the police.

Soon after receiving the information, police along with the State Disaster Response Force (SDRF) rushed to the spot to undertake rescue operation.

According to the district administration, while five persons were declared dead on the spot, five others who sustained injuries were shifted to the Community Hospital in Devaprayag for immediate medical aid.

However, one person succumbed to injuries later, taking the death toll to 6.

All the injured have been sent to AIIMS in Rishikesh where one of them is still critical, the police said.