Documentary on a Uttarakhand farmer is India's official entry to Oscars 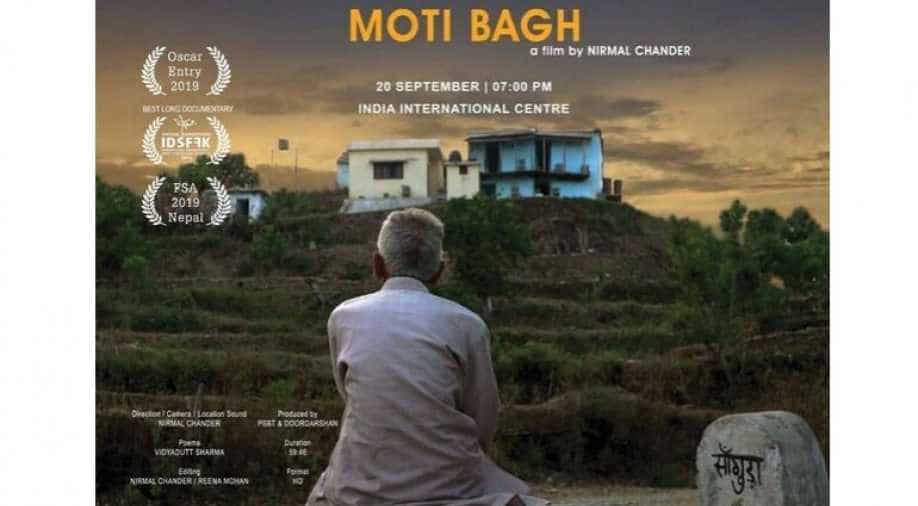 'Moti Bagh'a documentary based on a farmer in a remote village in Uttarakhand is on it way to the Oscars as India's official entry in the long-form documentary category.

The Chief Minister of Uttarakhand, Trivendra Singh Rawat took to Twitter to congratulate the director and said the film would inspire young people to stay in their villages and work for their communities. "It will help stop migrations from remote areas," he said.

The film narrates the of Vidyadutt who left his government job in the city to take care of his ancestral land in a village in Pauri Garhwal region. The film highlights how many in Vidyadutt's village have abandoned acres of lush fertile lands and migrated to live the urbanised city lives.

The chief minister also appealed to young farmers to play a role in preventing migration and said they should take advantage of schemes launched by the state government.

'Moti Bagh' has been produced by Prasar Bharti and is perhaps the first film from Uttrakhand to have made it to Oscars.