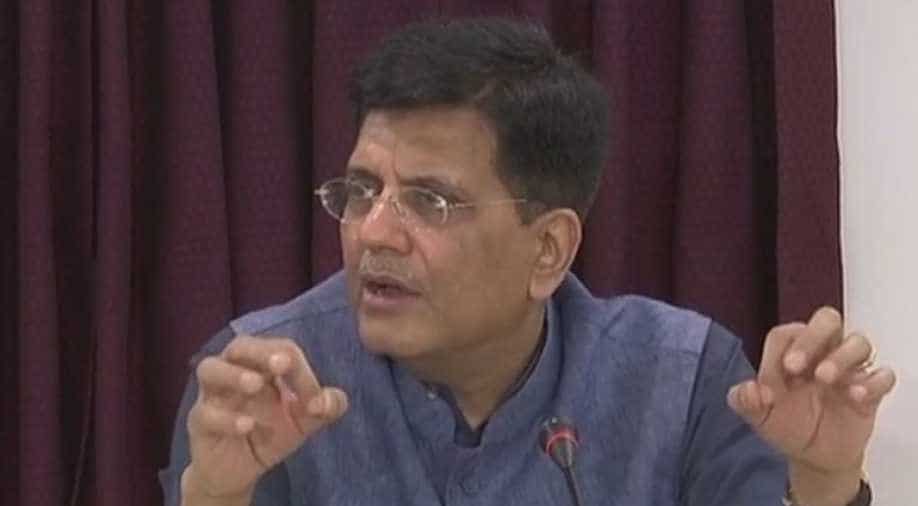 "The budget outlay for Uttar Pradesh has been increased to Rs 3,600 crore as against Rs 1,100 crores in the previous year," the minister said.

Goyal also made announcements for various other projects including re-development of Charbagh railway station, Lucknow Junction and Gomti Nagar stations among others.

The minister spoke at an event in the capital city of Uttar Pradesh, Lucknow earlier today. He added the total budget for the projects announced today alone will be Rs 3,600 crores.

Goyal said that Indian Railways is working relentlessly on speed, safety, security and passenger amenities at stations across the length and breadth of the country.

Our government is determined to ensure that all the railway stations in the country are clean, safe and have all kind of facilities. We've decided to put CCTV cameras in all trains and also provide WiFi facility: Piyush Goyal, Union Railway Minister. #Lucknow pic.twitter.com/k18CfrAlTM

"The facilities that are being offered are -- two escalators and a lift at the Lucknow Station (NR), three lifts at platform number 1, 2/3 and 4/5 at Lucknow Junction (North- Eastern Railway), an over-bridge at Lucknow Junction.(NER), a foot overbridge at Utraitia, an electronic interlocking at Ajgain, Amausi & Harauni stations, a renovated circulating area and a new station building of station entry at Aishbagh station and a dedication of heritage steam locomotive stabled at Lucknow station (NR)," Goyal's official statement noted.

Goyal also shared that the government is determined to ensure that all the railway stations in the country are clean and safe.

"CCTV cameras will be installed in all trains and WiFi facility will also be available," the minister added.

Goyal also shared that his ministry plans to turn Raebareli railway coach factory as the largest in the world.