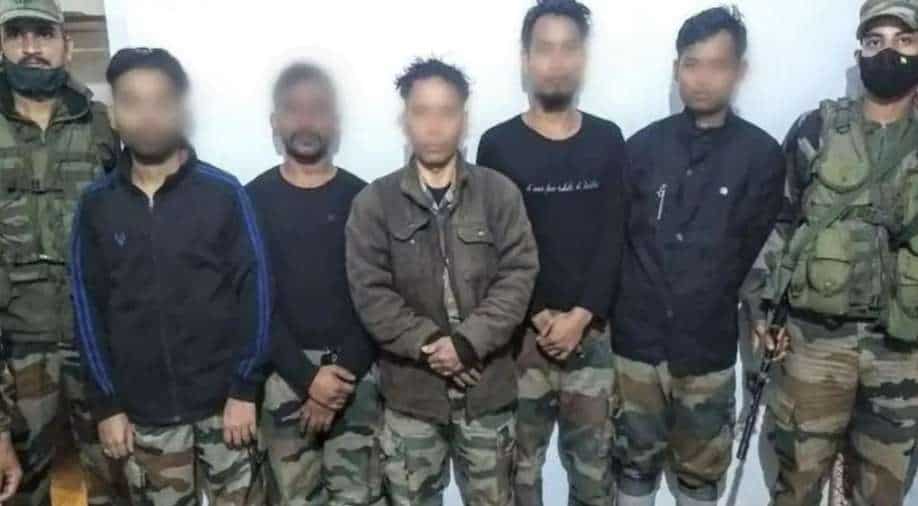 Drishti Rajkhowa has long been in the wanted list of the ULFA insurgents responsible for their activities in lower Assam. Photograph:( Zee News Network )

Rajkhowa is currently under the custody of the Army intelligence and is being brought to Assam.

Drishti Rajkhowa was cornered in a gunbattle with police and commandoes on Wednesday afternoon.

United Liberation Front of Asom-Independent (ULFA-I) is a designated militant organisation (separatist group) operating in the Indian state of Assam.

"Rajkhowa surrendered to the police in South Garo Hills district. He is now being interrogated," district police chief P. Pandey said late on Wednesday night but refused to give further details.

Rajkhowa is currently under the custody of the Army intelligence and is being brought to Assam, they said.

He is known to be a close confidant of Paresh Baruah, the so-called 'commander-in-chief' of United Liberation Front of Asom (Independent).

The sources said Rajkhowa was based in Bangladesh till recently and came to Meghalaya few weeks ago.

His surrender is a major setback for the militant group, said a senior security expert.

The ULFA (I) has been demanding an independent state of Assam. The government had banned the outfit in 1990.