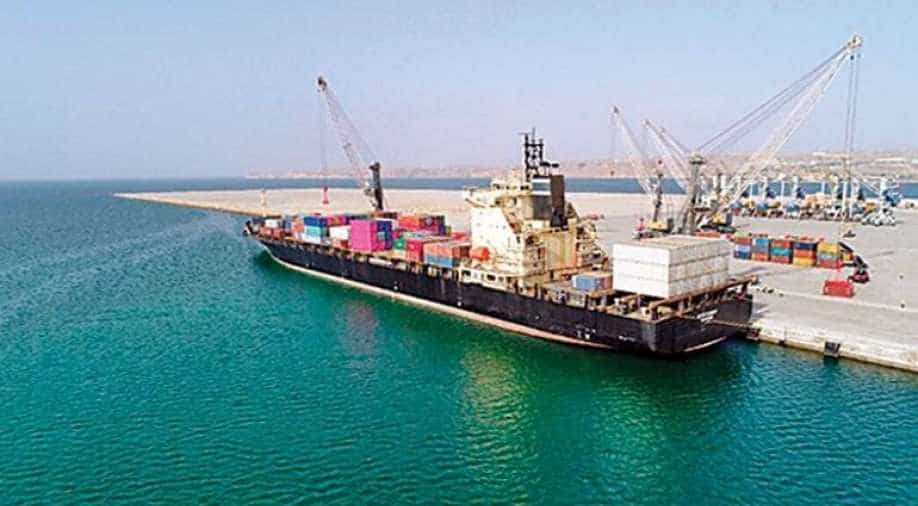 Beijing and Tehran are yet to sign a deal, but some details have leaked. Iran gets Chinese investments for 25 years and China gets cheap Iranian oil.

Within hours, it emerged that Iran was dropping India from the Chabahar rail project — the Chabahar-Zahedan line which will connect the Chabahar port to Afghanistan. It was part of a trilateral agreement between India, Iran and Afghanistan.

A report claimed that Iran has decided to ditch India and complete the project on its own. Iran cited funding delays as a reason.

On Wednesday, the government of India refuted these reports. Sources told WION that both India and Iran "remain committed to the Chabahar-Aahedan railway project" and that India is "very much in the game but progress is slow due to the current political environment."

Then came a report from Al Jazeera and another twist in the tale. The report said that India was never really part of the railway project so there's no question of it being dropped. The source of this claim is Farhad Montaser, an Iranian official with Iran’s ports and maritime organisation.

He said that the story that India has been dropped is “totally false because Iran has not inked any deal with India regarding the Chabahar-Zahedan” railway project.

In a press release of MEA from 2016 the list of agreements signed during the visit of Prime Minister Modi to Iran there is mention of an MoU. It was signed between India’s state-owned transport infrastructure company(IRCON), and Iran’s Construction and Development of Transportation Infrastructures Company(CDTIC). The description of the MoU is pretty clear. The Indian side was to provide “requisite services for construction of the Chabahar-Zahedan railway line” with around $1.6 billion committed as financing.

A statement from India's Ministry of External Affairs confirmed today that the MoU was signed. It's been four years and Iran is yet to take things forward.

Iran is yet to respond. No word yet on whether India is still on board. It is important because Chabahar is very important to India. It is an essential component of India’s central Asian strategy.

The port opened a new strategic transit route between India, Iran and Afghanistan, a route that bypassed Pakistan because Islamabad had blocked Indian shipments.

India plans to invest $500 million into the project because its value goes well beyond a trade link with Afghanistan. It has immense strategic value too.

Last year’s estimates say that once Chabahar is operationalised, India’s trade with Eurasia could touch $170 billion.

However, India had hiked allocation to 100 crores in this year's budget almost $1.5 billion was set aside for Chabahar.