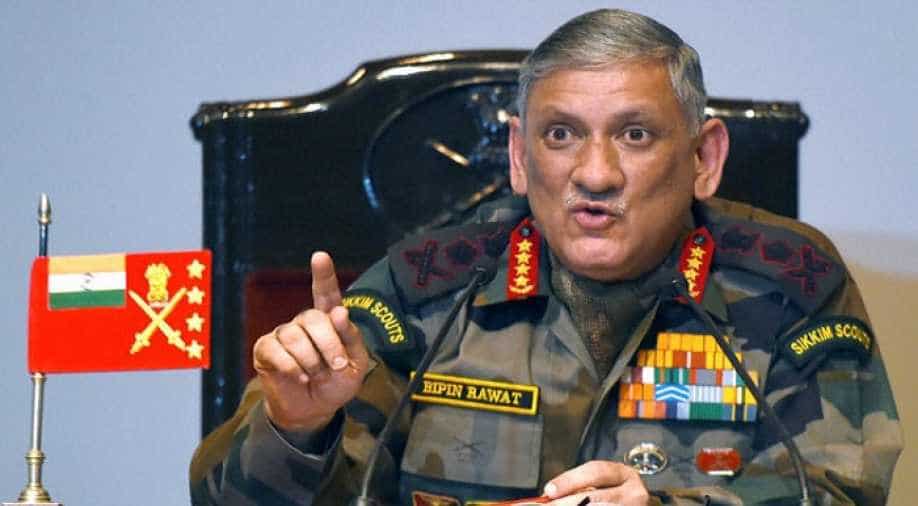 The phenomenon of terrorism is now spreading its head like a multi-headed monster, Rawat said.

Asserting that terrorism is becoming a new form of warfare, Army chief Gen Bipin Rawat said on Wednesday the menace is spreading its head like a "multi-headed monster" and is "here to stay" as long as states continue to use it as a state policy.

Rawat, speaking at a panel discussion at the Raisina Dialogue in Delhi, also said that there was a need to control social media as it was becoming a source of spreading radicalisation.

He said a different kind of radicalisation was being witnessed in India and in Jammu and Kashmir, the youth were getting radicalised due to a lot of misinformation, disinformation, and a lot of falsehoods on religion being fed to them.

"That is why you find more and more educated youth being drawn into terrorism," he said.

Terrorism is here to stay as long as there are nations that continue to sponsor it as a state policy, Rawat said, without naming Pakistan.

"Terrorism is becoming a new form of warfare. A weaker nation is using terrorists as proxy to put pressure on another nation to come to terms with it," he said.

The phenomenon of terrorism is now spreading its head like a multi-headed monster, Rawat said.

On the Afghan peace process, he said there should be negotiations with the Taliban, but without conditions.

He also asserted that Pakistan has always kept the Taliban in its backyard and should be concerned about it.