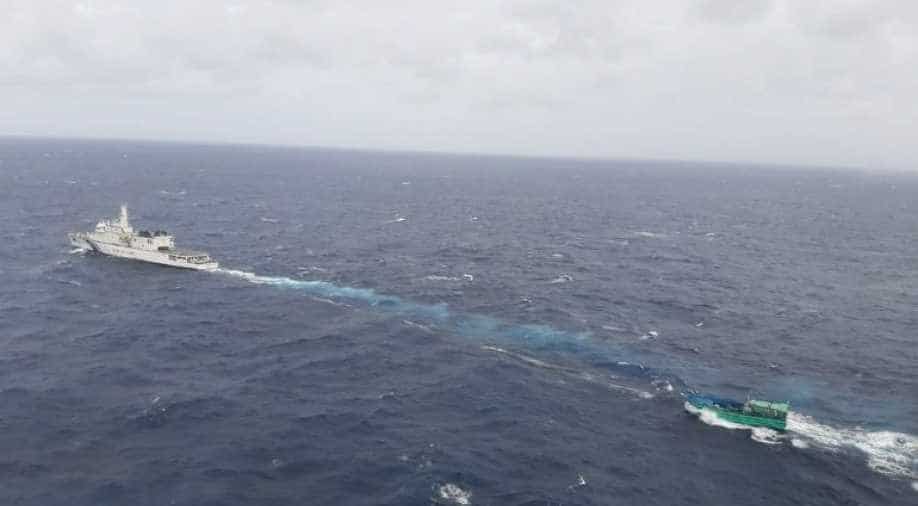 The Indian Coast Guard has been issuing regular advisories to undertake fishing in groups, adhering to safe practices at sea.

In a coordinated Search and Rescue mission (SAR), the Indian Coast Guard has rescued 14 fishermen, whose boat was adrift at sea, off the Nagapattinam coast, owing to a mechanical failure. An Indian coast guard ship in the region had undertaken the rescue mission after a merchant vessel MV Gas Ionian, that was passing by the stranded boat, had relayed the information to Maritime Rescue Coordination Centre, Chennai.

The fishing boat GN Sabari Vasan which had sailed out from Tamil Nadu’s Tuticorin, with 14 crew was drifting at sea, since 4th August. It was observed to have a machinery breakdown and a damaged propeller. It was also dangerously drifting owing to the rough South East Monsoon weather.

On August 5th, ICGS Shaurya, which was in the region had towed the boat back to the safety of the Nagapattinam fishing harbor for repairs. The boat was adrift at sea, nearly 88 miles east of Nagapattinam.

The Indian Coast Guard has been issuing regular advisories to undertake fishing in groups, adhering to safe practices at sea. They also urge fishermen to carry adequate lifesaving and communication equipment on board.