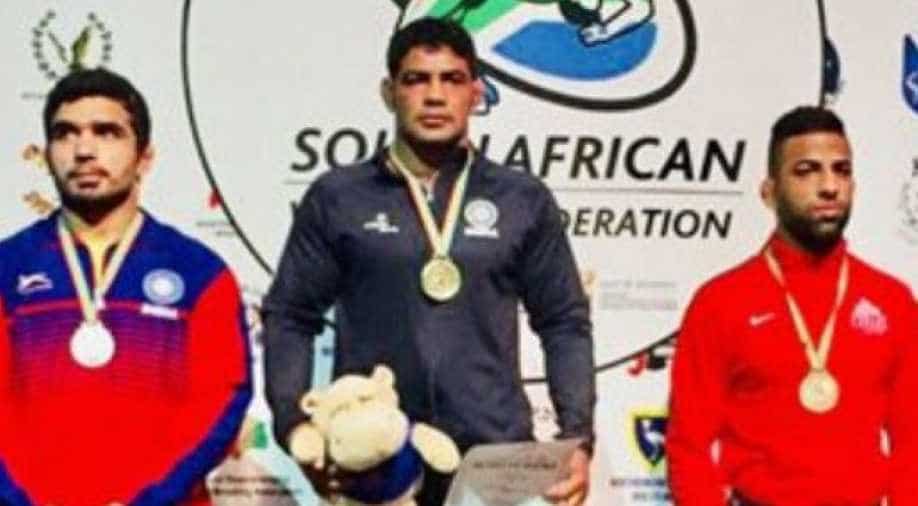 Geeta Phogat also secured a gold medal at the event in her international comeback after two years.

After Two years comeback an International tournament And I Won Gold Medal ??In Commonwealth Championship ??‍?? 2017 i’m very thankful to all of you for your blessings and wishes ???? pic.twitter.com/3DhYeK7H80

It’s a very proud and emotional moment for me as I have returned to the mat on international level after a gap of 3years. I want to dedicate this Gold medal won in #Commonwealthwrestlingchampionship at #SouthAfrica to my guru and to my Nation. JaiHind????

This recorded Sushil's first win in international wrestling after his gold medal in the 2014 Commonwealth Games, Glasgow.

Sushil, who made a comeback to the international arena after more than three years, had also won gold at the National Championship last month.

After their spectacular victory at the wrestling competition, both Sushil and Sakshi took to Twitter to express their delight.

Wishes poured in from eminent personalities and fans from across the country following India's success at Commonwealth Wrestling Championship.