Study in France, you can learn in English, Emmanuel Macron tells Indian students 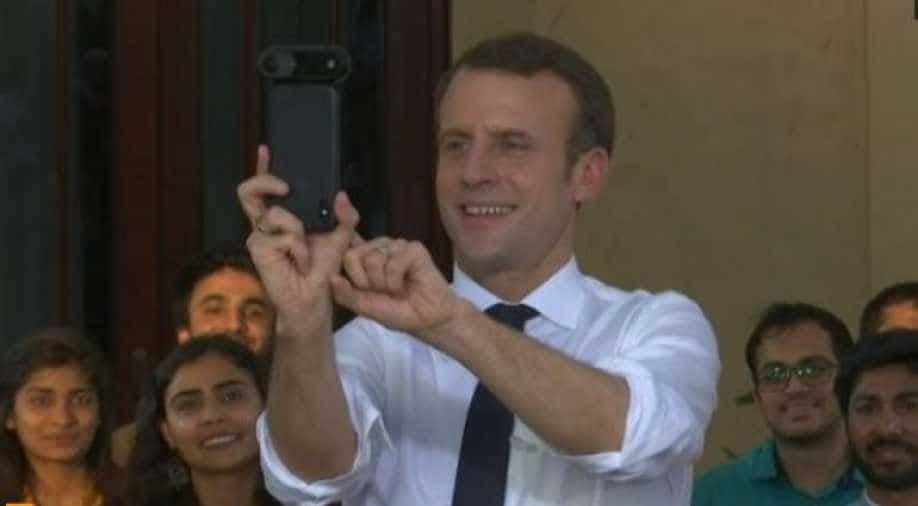 French President Emmanuel Macron met with Indian students in the Indian capital, New Delhi during his visit to the country on Saturday.

Macron encouraged his audience to pursue higher studies in France and claimed it to be an ideal destination for an education with opportunities in humanities, science, and mathematics where language won't be a barrier with introduction of a curriculum in English.

Macron, who is on a four-day visit to the country also stressed the importance of solar energy saying that it was the best way of providing opportunities and being complaint with climate change.

India and France signed contracts worth 13 billion euros ($16 billion) on Saturday including a contract for France's Safran to supply airline Spice Jet with engines, water system modernisation by Suez in the southern city of Davangere and a contract between industrial gas company Air Liquide and Sterlite.