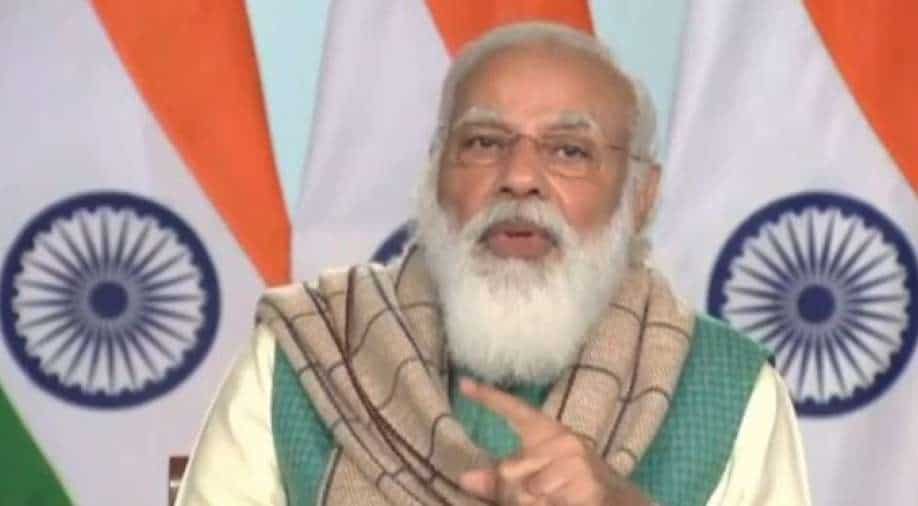 The LoC divides Jammu and Kashmir between India and Pakistan, while the LAC separates India and China.

Prime Minister Narendra Modi on Saturday said that Netaji Subhas Chandra Bose would have been proud to see that the country has become strong and is following his footsteps from the Line of Control (LoC) to the Line of Actual Control (LAC).

The LoC divides Jammu and Kashmir between India and Pakistan, while the LAC separates India and China.

Bose would have also been proud that the government he dreamt of is fighting a pandemic with vaccines developed by it, and gave a befitting reply whenever its sovereignty was challenged, Modi said on the occasion of the 125th birth anniversary of Netaji being celebrated by the Centre as 'Parakram Diwas'.

"I sometimes wonder how Netaji would have felt if he had seen how a new and strong India is taking shape," he said at a programme held in the Victoria Memorial Hall here.

"Netaji had dreamt of strong India, from LAC to LOC we are following his footsteps. Whenever our sovereignty was challenged, we have given a befitting reply," he said while adding that country has a strong force and modern fighter aircraft such as Tejas and Rafale.