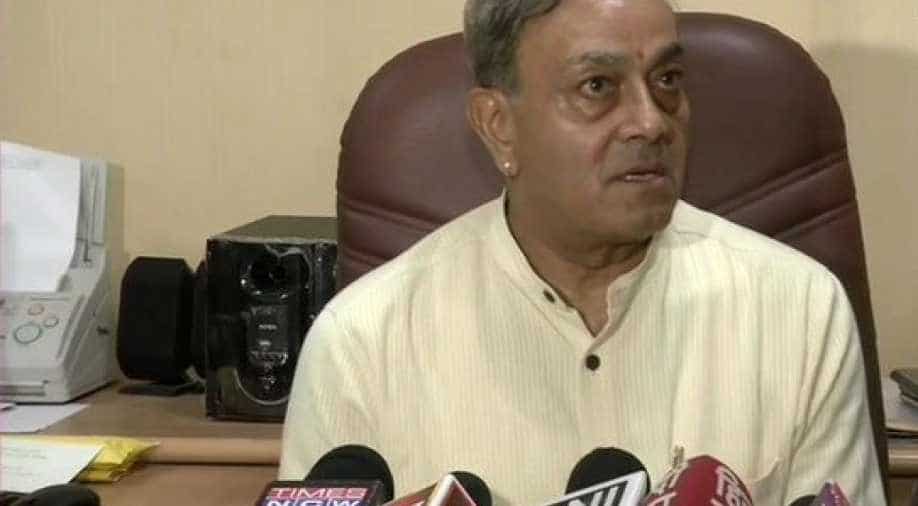 Sanjay Singh had contested from Sultanpur and lost to Maneka Gandhi in the Lok Sabha elections 2019.

Congress MP Sanjay Singh on Tuesday resigned from the party and Rajya Sabha as well and said he will join the Bharatiya Janata Party on Wednesday.

Addressing a press conference, he said that the Congress party is still living in its past and the leadership is completely missing. "There is a complete lack of communication in Congress party and the leadership is completely missing. Unfortunately, Congress is living in its past and is unaware of the future. Today, the country is with PM Modi & if the country is with him, I'm with him. I will join BJP tomorrow. I have resigned from the party, as well as my membership of Rajya Sabha," he said.

Meanwhile, Rajya Sabha chairman M Venkaiah Naidu has accepted the resignation of Sanjay Singh as member of the upper house.

His wife Ameeta, who had represented Amethi constituency twice in the Uttar Pradesh Assembly, also resigned from the party.

Sanjay Singh, who had earlier served in Janata Dal, was fielded by Congress against BJP heavyweight Maneka Gandhi in the recent Lok Sabha elections. He finished in the third position garnering only about 41,000 votes.