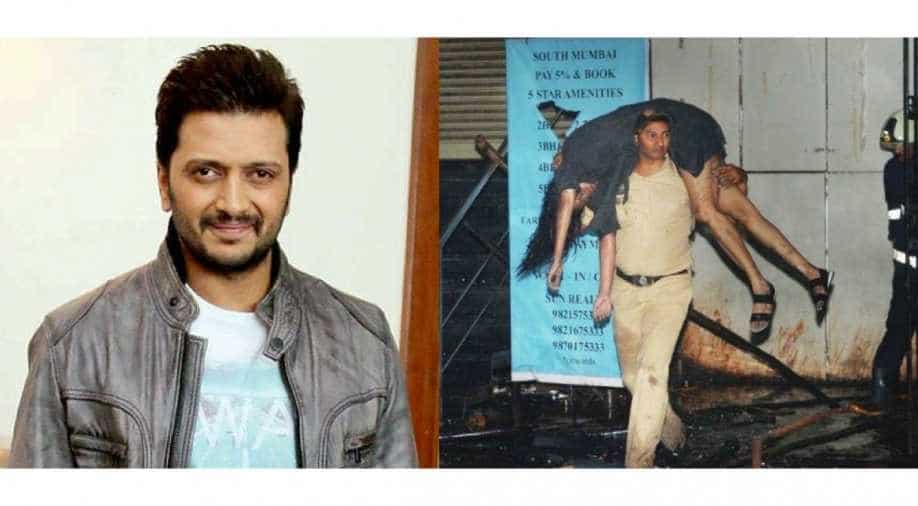 The actor took to Twitter to appreciate the efforts of Mumbai police and salute constable Shinde for his swift action. Photograph:( Twitter )

It is very often we see actors on the large screen fighting goons and saving the helpless.

This, however, became a reality when Mumbai police constable Sudarshan Shinde was captured carrying a woman on his shoulders, saving her from the fire that broke in a pub in Kamala Mill Complex in wee hours of December 29.

He shared the viral photo of the hero cop who saved lives of several women.