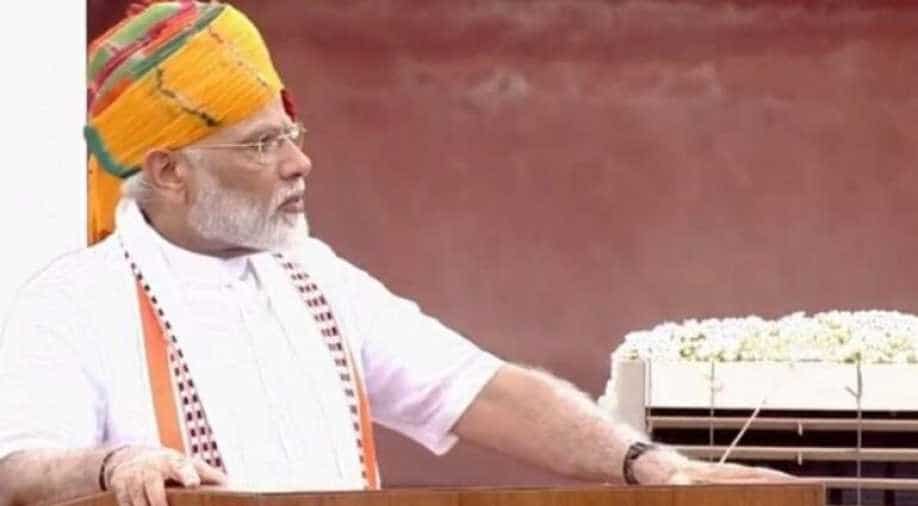 Modi said the country had finally achieved the goal of One Nation, One Constitution and every citizen could proudly say the same.

In the first Independence Day speech of his second term, PM Modi said that the government’s decision to repeal Article 370 was a step towards fulfilling Sardar Vallabhbhai Patel’s dream.

Modi said the country had finally achieved the goal of One Nation, One Constitution and every citizen could proudly say the same.

Addressing the nation on the occasion of the 73rd Independence Day from the ramparts of the Red Fort in the national capital, Prime Minister Modi said that the government was doing all it can to help the flood victims. Making note of the removal of Articles 370 and 35 A, constitutional provisions that accorded special status to the state of Jammu and Kashmir, were a step towards realising the dreams of Sardar Vallabh Bhai Patel.

Hailing the decision, Modi said: “The government is known for not ignoring problems. What couldn't be done in the last 70 years, the new government did in the first 70 days with both Houses passing it with 2/3rd majority.”

He added, “The dreams and aspirations of people of Ladakh and J&K need to be fulfilled and 130 crore people came together for that.”