Regulation and accountability more effective than ban on firecrackers 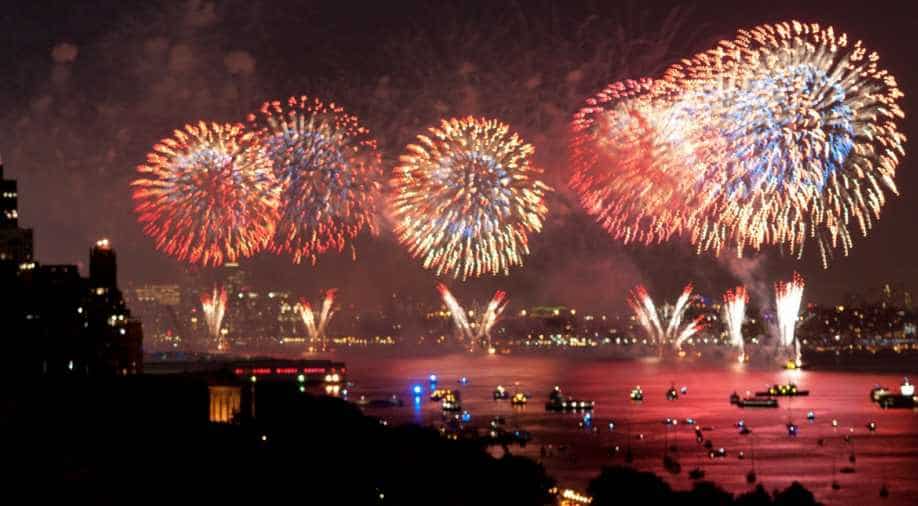 Fireworks over the East River, New York City. Photograph:( Others )

This was a couple of years back. With my family, I was standing on the banks of river Hudson, eagerly waiting for the 4th July firework to play out in the night sky of New York City. Then it started, a burst of colour one after the another, as well as patterns and designs of all sorts, turning the stratosphere into a palette.

Celebrating the American independence day with firecrackers is a time-old custom in the US. I have witnessed student organisations, individuals, municipal corporations, military, all celebrating from the Pacific coast to New England, from the lake of Michigan to the hills of Tennesse. In all my years of stay in the US, I haven't come across even a whispering concern at the environmental damage that this annual ritual might cause.

The Supreme Court of India has imposed a ban on the sale of firecrackers in the Delhi-NCR.

Contrast this with what I experienced in the Delhi-NCR when I moved to Delhi last year. Immediately after Diwali, a heavy unpenetrable smog hung over schools and playgrounds, houses and hospitals. We could breathe, but with fear. Suffocation didn't seem to be a far-fetched idea in a gas chamber named Delhi.

Eventually, the huge civic protest against lenient environmental norms during festivals forced the hand of the government. Today, the Supreme Court of India has imposed a ban on the sale of firecrackers in the Delhi-NCR.

After the ban was pronounced, there has emerged over the last few dates an equally voracious argument whether such a verdict stems from a disregard of the cultural belief and practices of Hindus.

One of the biggest problem plaguing Diwali firework in India is the sale of illegal Chinese firecrackers in the local market.

Diwali or Deepavali is the festival of light but over the years, increasingly, it has become the festival of sound. Loud, crackling, incessant sound of firecracker - bursting and emitting smoke at the same time. But one should not only be thinking that it is sound or the smoke itself which is creating all the problems. Rather, it is the chemical compounds used in firecrackers that makes it so dangerous.

One of the biggest problem plaguing Diwali firework in India is the sale of illegal Chinese firecrackers in the local market. All Chinese firecrackers contain potassium chlorate, an ingredient whose use had been banned by the Indian government since 1992. Potassium Chlorate, when mixed with Sulphur, makes an extremely reactive compound, prone to explosion. The ban, however, led to the beginning of an illegal trade in Chinese firecrackers in India. Using of Chlorate, thus, did not stop, putting all the users in a potentially dangerous situation.

Those who argue that we are taking the fun out of Diwali by banning firecrackers may decide to learn from the examples of Europe and the US so that they can have the firework as well as maintain a standard of air quality.

Europe limits the time of firecracker use. The limit is not only to dates but also down by the hours.

If we go by Europe's example, the best practice they follow is to limit the time of use not only to dates but also down by the hours. In Finland, for instance, they can burst firecrackers only on New Year's Eve and that also between 6 pm to 2 am. The same guideline holds true for Netherlands and Norway. In the UK fireworks can be sold only through specialist stores.

Most of these countries also have an age bar, ranging from 16-18 years, for people to whom fireworks can be sold to.

The US does not have such a blanket approach to firecrackers; the laws governing consumer fireworks vary widely from state to state, or from county to county. The Consumer Product Safety Commission, the body governing the firework-related regulations, defines what fireworks may be considered consumer fireworks. Consumer fireworks in the United States are limited to 500 grams (this was previously 200 grams until recent years) of composition, and firecrackers may have up to 50 milligrams of flash powder.

Moreover, reloadable shells are limited to 1.75" in diameter, and shells in pre-fused tubes are limited to 2". Any fireworks that exceed these limits are not considered consumer fireworks and need a license from the Bureau of Alcohol, Tobacco, Firearms and Explosives (ATF).

Most states allow different forms of fireworks on 4th July but barring few states, such as Georgia almost all of them prohibits the sale and use of firecrackers without a permit.

The five chemicals-lithium, arsenic, lead antinomy- banned by the Supreme Court of India.

Regulation and accountability to environmental norms rather than a straightforward ban seem to be a more effective response in this case. And Sivakasi, the main center of firecracker manufacture in India, is claiming of already following these norms. The five chemicals-lithium, arsenic, lead antinomy- banned by the Supreme Court of India have never been used, according to the manufacturers of Sivakasi.

The less Diwali celebration becomes a show, more we concentrate on the spirit, and greater our focus becomes on making all celebrations sustainable, we will learn to tread the earth with more care.