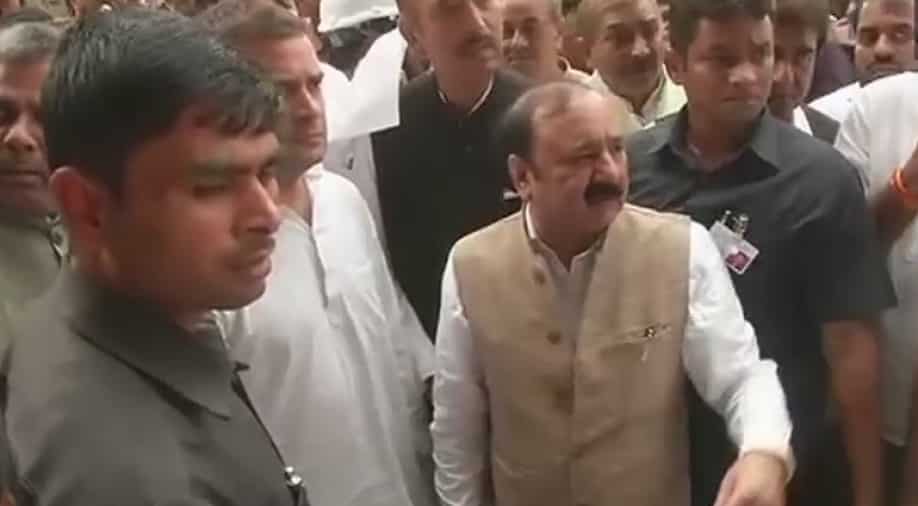 Raebareli has been Congress constituency for a very long time. Photograph:( ANI )

The Congress vice-president expressed his condolences over the deaths and tweeted that he was very upset on seeing the plight of the victims.

He hoped for better compensation and a government job for kins of the deceased.

Rahul claimed the explosion occurred due to "irresponsibility", he also demanded an investigation into the matter.

He also said the people responsible for this should be strictly punished.

Rae Bareli has been a Congress constituency for a very long time.