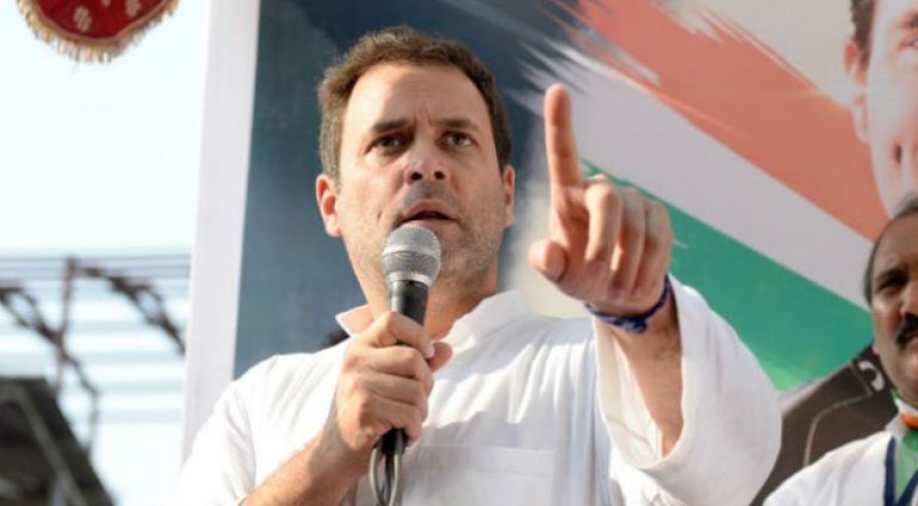 The Lokpal Bill was first introduced in the year 1968 and subsequently passed in 1969. Photograph:( Others )

Congress President Rahul Gandhi lashed out at PM Modi's government for delaying the appointment of Lokpal.

The Lokpal Bill was passed in the year 2013 with an aim to check and sanitise public functionaries and fight corruption.

"Four years have passed, the Lokpal has not come into reality. The public is asking only one question until when shall be the tune of falsehood be played?" tweeted Rahul Gandhi.

"Are the ‘defenders of democracy’ & ‘harbingers of accountability’ listening? #FindingLokpal," his tweet noted.

The Lokpal Bill was first introduced in the year 1968 and subsequently passed in 1969.

The bill could not be passed by the Rajya Sabha and ended up getting lapsed owing to the dissolution of the Lok Sabha.

Are the ‘defenders of democracy’ & ‘harbingers of accountability’ listening?#FindingLokpal pic.twitter.com/v9Kc2Io3Ur

Alternatively known as the Citizen's Ombudsman Bill, the bill is touted as an anti-corruption tool which calls for the appointment of an investigative committee -- Jan Lokpal -- to check and counter corruption.