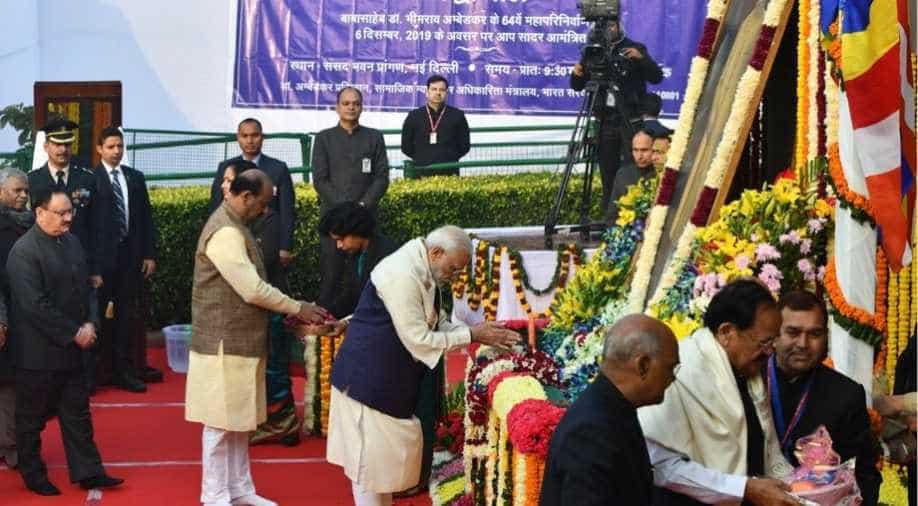 The Prime Minister remembered him as a man who dedicated his life to social justice.

"Ambedkar ji gave a unique gift to the country in the form of Constitution, which is the cornerstone of our democracy. A grateful nation will always be indebted to him," Modi tweeted.

The Vice President in a series of tweets said, humble tributes and respects to the architect of the Constitution.

"Ambedkar was a champion of democracy, he was a staunch patriot, a nationalist and a humanist to whom upliftment of poor and downtrodden was an essential precondition to development," he said.

Naidu added that Ambedkar strongly advocated dignity, unity, and freedom for all citizens, as enshrined in the Constitution and relentlessly campaigned for the rights of the marginalised.

He said that the tributes we pay him today will be meaningful only if we follow his ideals and uphold the values and ethics he propounded, in public life.

Born on April 14, 1891, Babasaheb Ambedkar was an Indian jurist, economist, politician and social reformer who campaigned against social discrimination towards the untouchables (Dalits) and supported the rights of women and workers. He died on December 6, 1956.

In 1990, Ambedkar was conferred with the Bharat Ratna, India's highest civilian award.