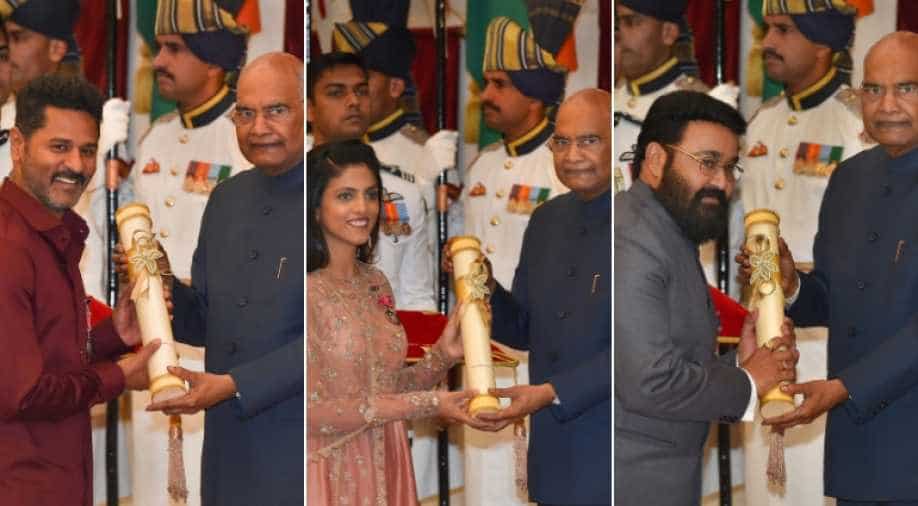 While Viswanathan Mohanlal, Dhindsa and Nayar (posthumous) were conferred the Padma Bhushan, Jaishankar was honoured with the Padma Shri. Nayar's wife received the award from the President.

As many as 112 "inspiring" personalities were selected for this year's Padma awards and their names were announced on the eve of Republic Day this year. The remaining awardees are likely to be conferred the honour at another function to be held on March 16, a Home Ministry official said.

This year's awardees are from across the nation, all segments of society and the government has gone beyond excellence alone, recognising larger impact and their selfless service, an official said.

The nomination process for Padma awards was made online in 2016 and a simple, accessible and secure platform was put in place to encourage citizens at large to participate. Erstwhile 'Government Awards' transformed into 'Peoples Awards', another official said.

The technological intervention has made the nomination process accessible to the people at large and the emphasis of the government to confer Padma awards on unsung heroes, who are doing selfless service for the nation, have resulted into the above transformation. This is reflected in the awardees selected with an eclectic list, covering diverse fields, the official said.