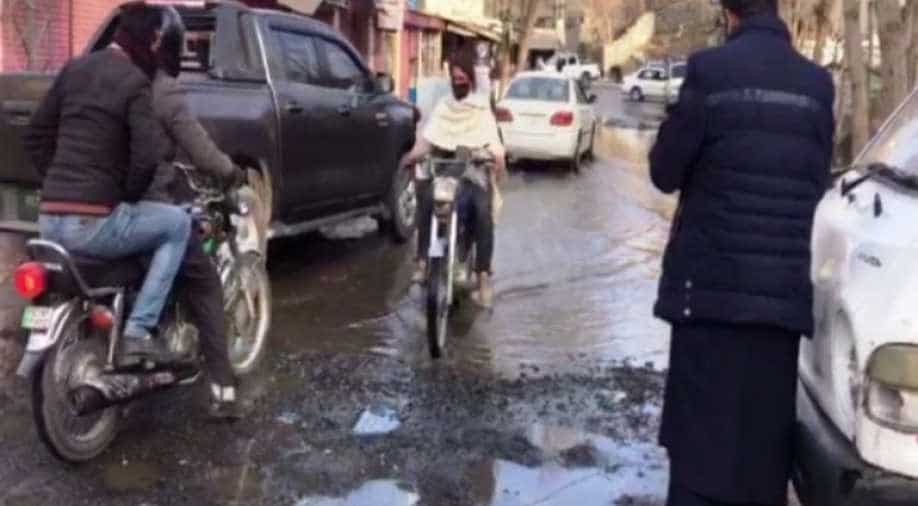 The city's wastewater is flowing directly into the Gilgit River, the major source of drinking water for the locals of the area

Residents of Gilgit city in Pakistan-occupied Kashmir (PoK) have raised concerns over contaminated drinking water and over-spilling of sewage.

The city's wastewater is flowing directly into the Gilgit River, the major source of drinking water for the locals of the area.

The government has failed to treat the city's wastewater with no sewage treatment plants operational in the region.

Apart from polluted rivers, the choked drainage systems in the city have now started overflowing on the roads creating worry for the residents.

"The drainage systems of the city are choked. The government officials who are responsible for this are not taking an initiative to clean it. There is no drainage-discharge facility built to clear this up. The dirty water is oozing out on roads," a resident said.

A few residents also complained that the sewage water has damaged their shops and properties. They have appealed to the local authorities but no action has been taken to curb the gloomy condition.

"We have appealed to the Chief Minister, local administration authorities and officials that our business properties must be taken care of immediately. These shops are the basis of our livelihood. These shops have been damaged. This is the fifth or the sixth day since we have complained about it and not a single step has been taken. Why are we getting persecuted in such a manner?" another resident said.

The stagnated water on the roads is not only creating traffic chaos but has also become a breeding ground for water-borne diseases.

The already underdeveloped area of Gilgit-Baltistan is bearing the burden of contaminated water and unavailability of a proper drainage system in the region has aggravated the woes of the people further.

The Pakistan administration that stakes illegal claim on Gilgit-Baltistan has left the region downtrodden and underdeveloped for decades now.