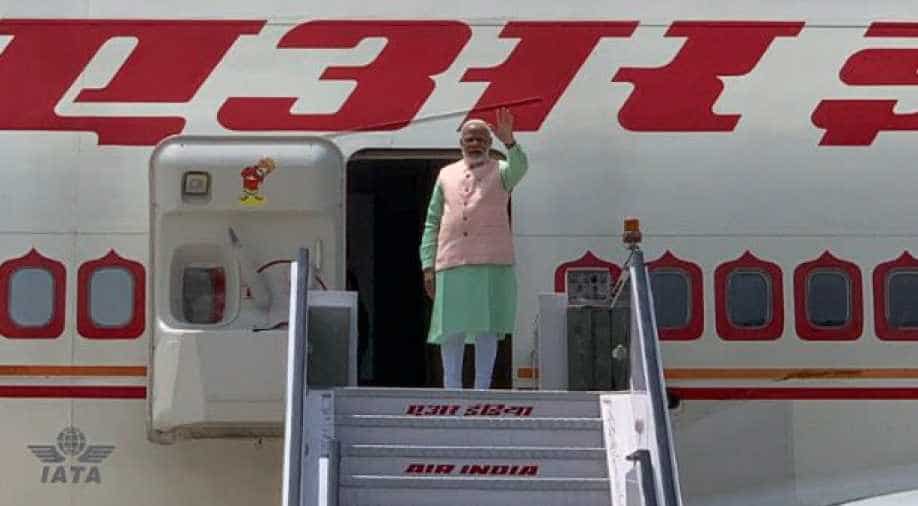 Modi will arrive at Paris's Charles de Gaulle Airport at 9pm IST and hold talks with French President Emmanuel Macron around 10pm IST. This will be followed by press statements at 11.15pm IST.

Indian Prime Minister Narendra Modi began his visit to France on Thursday during which he will meet the top French leadership and participate in 45th G7 summit in Biarritz.

Ahead of his France visit PM said, "India and France have excellent bilateral ties, which are reinforced by a shared vision to cooperate for further enhancing peace and prosperity for our two countries and the world at large."

"Our strong strategic and economic partnership is complemented by a shared perspective on major global concerns such as terrorism, climate change, etc. I am confident that this visit will further promote our long-standing and valued friendship with France for mutual prosperity, peace and progress," he added.

Modi will arrive at Paris's Charles de Gaulle Airport at 9pm IST and hold talks with French President Emmanuel Macron around 10pm IST. This will be followed by press statements at 11.15pm IST.

On Wednesday, speaking at his farewell, outgoing French Envoy to India Alexandre Ziegler said, "we have crossed a milestone over the past years. A milestone at the strategic level – that’s obvious. A milestone in the very strong personal rapport that has developed between our two leaders, Emmanuel Macron and Narendra Modi."

On Friday morning Modi will meet Prime Minister of Franch Édouard Philippe and address the Indian diaspora at the UNESCO Headquarters.

He will also inaugurate memorials for Indian victims of the air India crash in Nid D'Aigle. The memorial commemorates two tragic air crashes of Air India flights 245 and 101 in 1950 and 1966 respectively.

Among the 117 killed onboard AI Flight 101 was chairman of the Indian Atomic Energy Commission and the man who was referred as the "father of the Indian nuclear programme" Dr. Homi Jehangir Bhabha.

It's after a gap of more than 10 years that India has been invited at the G7 summit, the last time being 2005 when the then British Prime Minister Tony Blair had invited the then Indian Prime Minister Manmohan Singh at the Gleneagles summit.

India is "Biarritz partner" country along with Australia, Chile, South Africa, Rwanda, Senegal, Egypt and Burkina Faso. Climate and biodiversity will be the main focus of the 45th G7 summit whose theme is "combating inequality".

Modi is also expected to interact with US President Donald Trump and British Prime Minister Boris Johnson at G7.

"I am going to be with PM Modi... I will be with him over a weekend in France", US President Donald Trump had said.

During the conversation between PM Modi and British PM Boris Johnson, G7 was discussed.