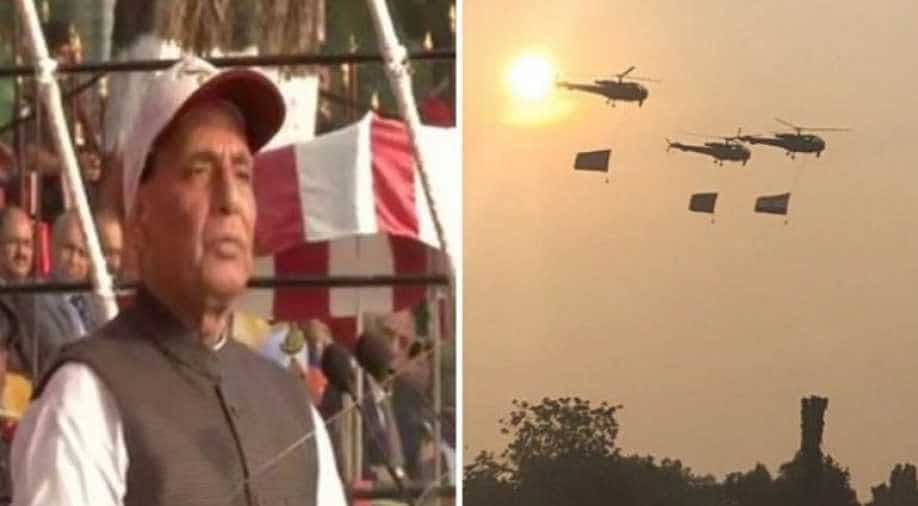 Defence Minister Rajnath Singh said here on Saturday that Pakistan has been waging a "proxy war" against India in the form of terrorism but it will not succeed.

Singh was reviewing the passing out parade of 137th course at National Defence Academy (NDA) here.

"Pakistan has chosen the path of proxy war in the form of terrorism. But I am saying it with full responsibility that Pakistan will get nothing except defeat in this proxy war," said Rajnath Singh.

He said that Pakistan has been exposed at the global platforms on the issue of terrorism and is now "isolated".

"The way Pakistan has been exposed and kept isolated on global platforms for its terrorism, the credit goes to the successful strategic approach by our Prime Minister," he said.

"The biggest credit for our striking capacity against terrorism goes to Indian Armed Forces, CAPFs and Police forces who have foiled the ill-motives in the protracted war," said Defence Minister