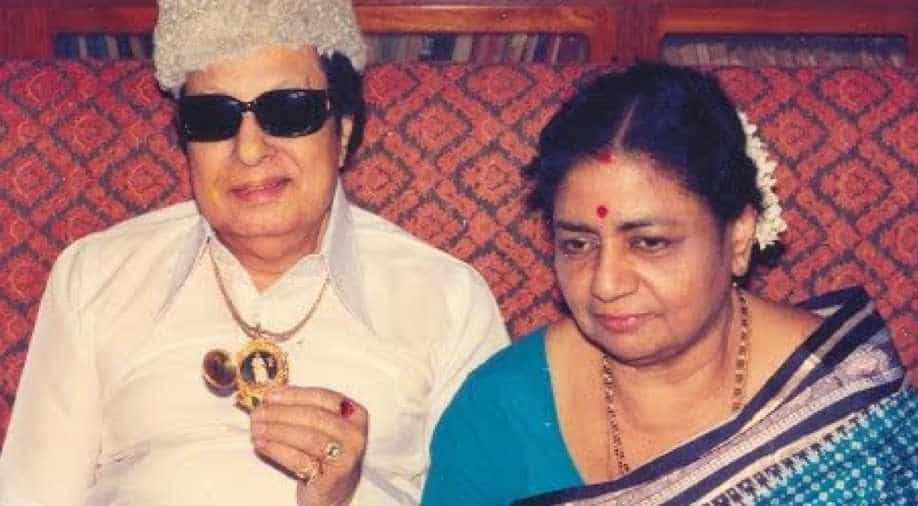 Janaki Ramachandran, wife of MGR the founder of the party AIADMK. Photograph:( Others )

This high voltage drama of factional feud and struggle over two leaf symbol is primitive in AIADMK. Years before, Janaki Ramachandran, wife of MGR the founder of the party, was estranged like Sasikala. After reading this history it is evident that the recent days experienced the resurgence of Janaki Ramachandran.

5 December 2016 was a turning point in Tamil Nadu's politics as AIADMK supremo J Jayalalithaa passed away. Paneerselvam, a trusted lieutenant of Amma who already served as the chief minister twice for a short time, was sworn in as the chief minister again. After grieving over Amma's death, Sasikala Natrajan, a close confidante of Jayalalithaa, became interim general secretary of AIADMK on 5 February 2016.

Governor Ch Vidyasagar Rao accepted the resignation of OPS on the very next day, thus, paving the way for Chinamma (Sasikala) to put her foot in Amma's boot. High potential political drama commenced as soon as OPS claimed he was forced to resign and Jayalalithaa's soul asked him to speak the truth.

Sasikala still seemed to hold the grip over her party until she was convicted by Honourable Supreme Court on the 21-year long Disproportionate Asset case. Before her way to prison, Sasikala was able to make her loyalist Edapaddi K Palaniswamy the chief minister and her nephew TTV Dhinakaran as the deputy general secretary of AIADMK. RK Nagar by-poll was necessary since the seat was vacated due to Amma's death. Meanwhile, OPS was able to garner some support amongst the veterans of the party.

Thus, the Dravidian party was divided into two parts - OPS lead AIADMK (Puratchi Thalivi Amma) with E. Madhusudanan as a candidate and electric pole its election symbol. Another camp was rather powerful which was headed by Sasikala and her rubber stamp Chief Minister EK Palaniswamy with TTV Dhinakaran as a candidate and a hat as election symbol. But TTV Dhinakaran was charged with bribing the people which made the election commission to delay the by-poll.

EPS and OPS factions announced their merger by sealing a deal with EPS as Chief Minister and OPS as his deputy and Sasikala and her family members to be removed from the party.

21 August was perhaps a day of surprise as far as Tamil Nadu politics is concerned because EPS and OPS factions announced their merger by sealing a deal with EPS as chief minister and OPS as his deputy. With the merger, Sasikala and her family members were removed from the party.

Jayalalithaa will be their eternal general secretary and there will be more political responsibilities given to OPS and administrative responsibility will be shouldered by EPS. By mid-September, Sasikala was officially sacked and all postings made by her, including elevation of her nephew as party's deputy general secretary, were squashed.

Although the stars were not in favour of Sasikala, there was still a silver lining for her political career. The first silver lining was that her nephew had the support of odd 19 MLAs. Those MLAs submitted letters to TN Governor expressing their lack of confidence in CM Palaniswamy. But this silver lining soon darkened as the speaker disqualified 18 MLAs under Anti-Defection rules of TN Legislative Assembly.

The high court is also analysing this move, but anyway, this move of speaker lowered the halfway mark in the assembly. Another silver lining to Sasikala was the frozen 'two leaves' symbol of AIADMK. The two leaf symbol is necessary for any of the faction to win the match.

The high voltage drama of factional feud and struggle over two leaf symbol is primitive in AIADMK.

But this silver lining also darkened as Election Commission bestowed this two leaf symbol to EPS-OPS faction keeping Sasikala and her family at a bay. The position of Sasikala faction will be more visible in coming days as re-election for RK Nagar constituency will take place on 21 December of this year.

This high voltage drama of factional feud and struggle over two leaf symbol is primitive in AIADMK. Years before Janaki Ramachandran, wife of MGR the founder of the party was estranged like Sasikala in these days. MG Ramachandran formed ADMK owing to ideological differences between him and M. Karunanidhi.

Election Commission froze the two leaves symbol (retai ellai) symbol giving a cock symbol to Jayalalithaa and a pair of pigeon to Janaki.

MGR served as the chief minister of Tamil Nadu twice. After his death in December 1987, the party was divided into two factions one under MGR's widow Janaki Ramachandran and another under Jayalalithaa. Janaki was sworn in as CM for 24 days but lost the trust vote on the house floor.

Election Commission froze the two leaves symbol (retai ellai) symbol, giving a cock symbol to Jayalalithaa and a pair of pigeon to Janaki. But both the faction suffered defeat as M Karunanidhi-led DMK swept the assembly elections. After that Janaki Ramachandran tendered her resignation and the two factions were unified under Jayalalithaa.

After reading this history, it is evident that the recent days experienced the resurgence of Janaki Ramachandran. Thing is that we are not learning from history. The reason for learning history is to avoid old mistakes and learn from them.

I think Sasikala didn't take a lesson from her party's history. Another point is that the 21st century India still believe in rhetorics like Amma, Chinamma, Behenji, Netaji, Kalingar, etc. The habit of Indians to vote for such rhetorics paved the way for people like Sasikala and Janaki to rule over us. I hope other parties and our dear voters would learn from it. 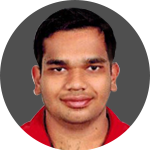