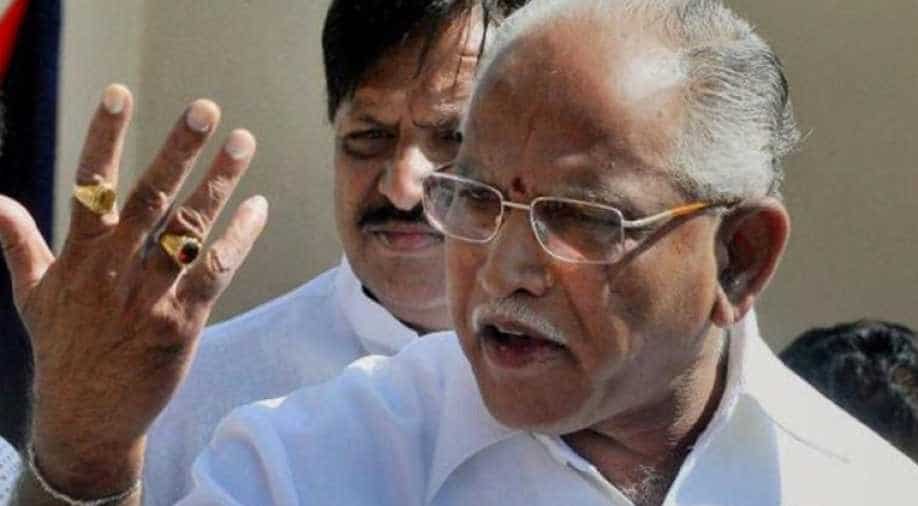 Follow Us
Electoral commitment reigns supreme in Indian politics but the desperation that politicians in Karnataka have shown for electoral benefits is as good as playing with fire. Now the Karnataka government has accepted the proposal of Justice Nagamohan Das Committee and decided to forward it to the Centre to make the final call on the issue, the outcome is anyone's guess. The ramification will be felt nationally as the debate mutates from a sect's right to secede and acquire a separate identity to question of division of Hinduism into lesser denominations. On top of it, the larger Veer Shaiva community is opposed to this idea though Lingayats say that they are different from them.  After the unceremonious sacking of Karnataka CM Virendra Patil by the Congress government, the Lingayat community never voted for the Congress in-block since then. Today the community stands behind the BJP but with this move, political blocks in Karnataka will no doubt be rearranged. The decision might suit the BJP nationally but in the state it will have to redefine its position.   Lingayats have a substantial presence in Karnataka and can play a make-or-break role in assembly elections. Even former BJP chief minister Yeddyurappa belongs to the Lingayat community. The birth of religions has never been an easy process in any part of the world as it involves the process of differentiation and codification which is always marked with social upheaval and violence.  New religious ecosystems are always linked to an idea of God, society and salvation which stands in opposition to the existing practice.  But in Karnataka, the Lingayat churning has acquired an overt electoral colour. Caste reservations or linguistic reorganisation of states in the past too have been products of powerful agitations, but the demand for a separate religious status through a political agitation and mass rallies is a first in post-independent India.  Hinduism or as it is sometimes referred - Sanatan Dharma - is one of the five acknowledged religions in the Constitution of India. The Constitution provides freedom to practice and propagate religion in the country and this is enshrined as a fundamental right. In this context, the movement and protest in Karnataka is neither illegal nor outside the civilizational ethos of the subcontinent.  The difference this time is that politicians in Karnataka have decided to play with a social movement within Hinduism whose attempt was to establish an egalitarian society opposed to the prevalent caste structure and upper caste practices.   Hinduism over time has seen the rise and fall of various sects which are primarily described as sampradayas. In this context, Lingayats say that they have been different from 12th century AD and also want to be differentiated from Veershaivas, who they feel are using the word "Lingayats" far too loosely.  Broadly, reform movements through centuries have made an impact on Hinduism, but eventually become part of the larger Hindu family. The ability to absorb and live peacefully with differences is one of the strengths of Hinduism.   With political manoeuvring, it opens up a Pandora's box whose impact can be constitutional, civilizational and political. It will be constitutional because any addition will have to be legislated and the matter will undergo legal scrutiny. It is civilizational because after Buddhism, Jainism and Sikhism, Lingayats will become the fourth religion to be born in India out of a legal and political process and not through social negotiation with other religious cosmologies.  For example, the birth of Sikhism was bloody and led to sacrifices by the Gurus who led the faith and subsequently codified it. In the Lingayat’s context, the issue was examined a legal luminary and will be followed up by political luminaries at Centre. The political impact of the Lingayat demand being accepted would be far more pervasive. It will reduce the demographic and numerical strength of Hinduism in Karnataka and secession will open the door to other sects to be recognised as a separate religion. It can be argued that the strength of Hinduism has been its ability to absorb dissent by creating subspaces like sects which can be independent organizationally and socially, but still share common cultural codes of worship and life in general with Hinduism. Though the context was different the "Communal Award" announced by the British for a separate electorate touched the same nerve against which Mahatma Gandhi fasted. The time and subject is different but the context remains the same. The party which would pander to this may win Karnataka but will lose India hands down for the polarisation it will create.  Politicians should remember that only the Goddess rides the tiger.