Governor Vala: Karnataka's future rests on a man who once gave up his seat for Narendra Modi 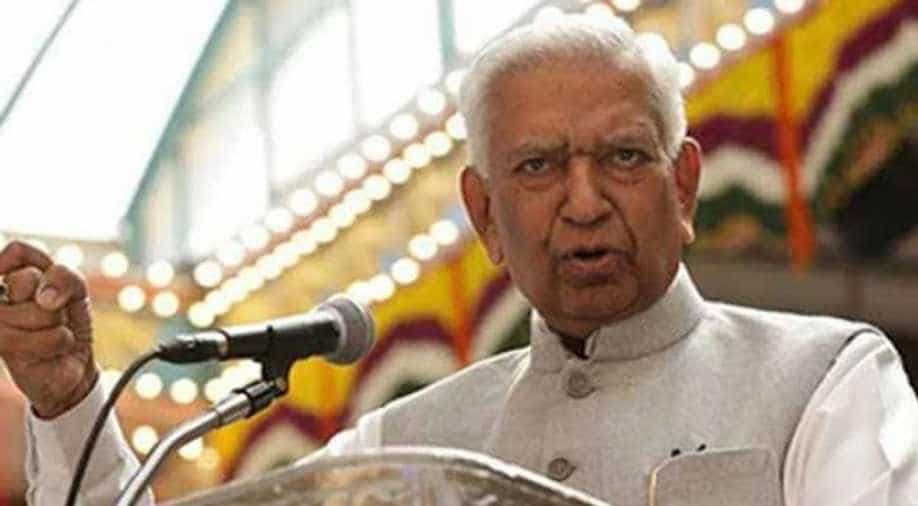 As the Bharatiya Janata Party (BJP), Congress and Janata Dal(Secular) vie for power in Karnataka, the focus has turned to Governor Vajubhai Vala. Vala, an old BJP hand who is considered close to Prime Minister Narendra Modi, has put all appointments on hold till all results are out.

Vala was appointed as the Governor of Karnataka in August 2014, a few months after Narendra Modi stormed to power in New Delhi. He was serving as Gujarat Assembly speaker since January 2013 before he was sent to the southern state.

Vala, who represented the Rajkot West constituency in the Gujarat assembly for a record seven times, had been the state BJP president, Assembly Speaker and a Cabinet minister holding crucial portfolios.

Vala, who has earned a reputation of a crisis manager in the Gujarat unit of the BJP, was made state party chief after the rebellion by Shankarsinh Vaghela in the mid-90s that resulted in the fall of Keshubhai Patel government.

Vala, the son of a Rajkot businessman, started his career as a Sangh pracharak while still in school. He joined the Jana Sangh at 26 and eventually won a seat in the Rajkot Municipal Corporation in 1975, and in 1983, he became Rajkot mayor.