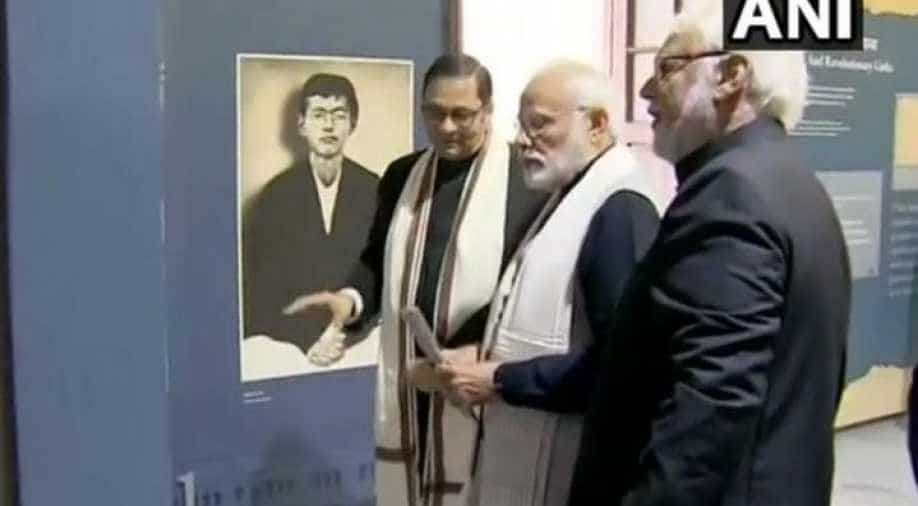 Modi also inaugurated the Yaad-e-Jallian Museum, (museum on the Jallianwala Bagh and World War I), the Museum on 1857- India's first war of Independence, and Drishyakala-Museum on Indian Art within the Red Fort complex.

A documentary on Bose and the INA will help visitors understand the vision of the freedom fighter. Actor Abhishek Bachchan has lent his voice for the documentary.

The Yaad-e-Jallian Museum provides an authentic account of the Jallianwala Bagh massacre that took place on April 13, 1919.

A replica of the memorial erected at the Jallianwala Bagh has also been placed at the museum.

The museum will also showcase the heroism, valour and sacrifices made by Indian soldiers during the World War-I.

A poem penned by Sarojini Naidu on the plight of Indian soldiers who fought the World War I for the British Empire is part of the artefacts at the museum.

The poem, titled 'The Gift' describes sacrifices made by 1.5 million Indian soldiers in the First World War

The Museum on 1857-India's first war of Independence portrays the historical narrative of war of independence, showcasing the valour and sacrifices made by Indians during the period.

The Drishyakala- Exhibition on Indian Art showcases artworks from 16th century till India's independence. It has paintings by Amrita Shergil and Raja Ravi Varma on display.

The PM spent nearly an hour at the museums and shuffled between venues on a golf buggy.

In a tweet earlier, Modi said he bows to Bose on his birth anniversary. "He was a stalwart who committed himself towards ensuring India is free and leads a life of dignity. We are committed to fulfilling his ideas and creating a strong India," he wrote.