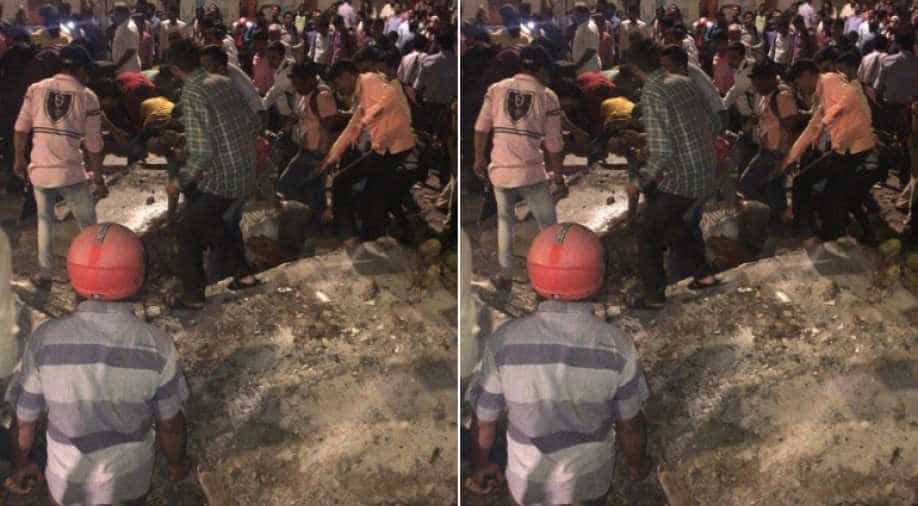 Police said the injured had been rushed to hospital. Photograph:( ANI )

This comes a day after he was arrested by the Mumbai Police.

This comes a day after he was arrested by the Mumbai Police.

"Initially when we visited the spot an offence of IPC under Sections 304 A, 337 and 338 was registered by seeing the incident. After an investigation, it came out that the structural audit and the negligence on the part of various officials," said DCP Abhishek Trimukhe on Monday.

Meanwhile, Chief Minister Devendra Fadnavis has assured the people that corrective measures will be taken. "There should be no blame game. If there is a fault in the structural audit then it is serious. We will take corrective measures," said Fadnavis.

Six people were killed and over 30 injured after a portion of the overbridge near the crowded Chhatrapati Shivaji Maharaj Terminus railway station collapsed on the evening of March 14.