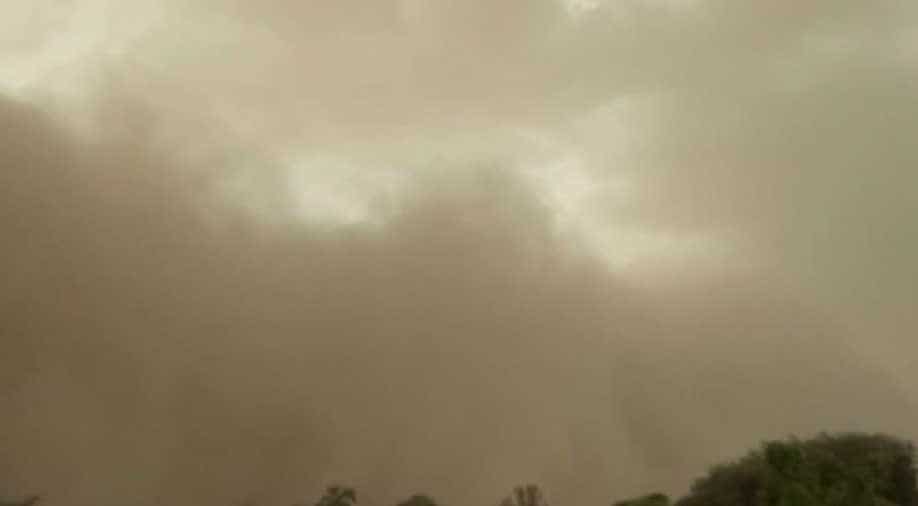 A massive sandstorm hit Bikaner's Khajuwala in Rajasthan on Monday.

The sandstorm in the region has come amid the Indian Meteorological Department (IMD) issued warnings of thunderstorm accompanied with squall and hail for different places.

The IMD advisory has predicted thunderstorm in Himachal Pradesh, Punjab, Haryana, Jammu and Kashmir, Chandigarh, Delhi and Bihar. It further said that Uttrakhand would be affected by thunderstorm, squall and hail, whereas dust storm is likely to hit Rajasthan.