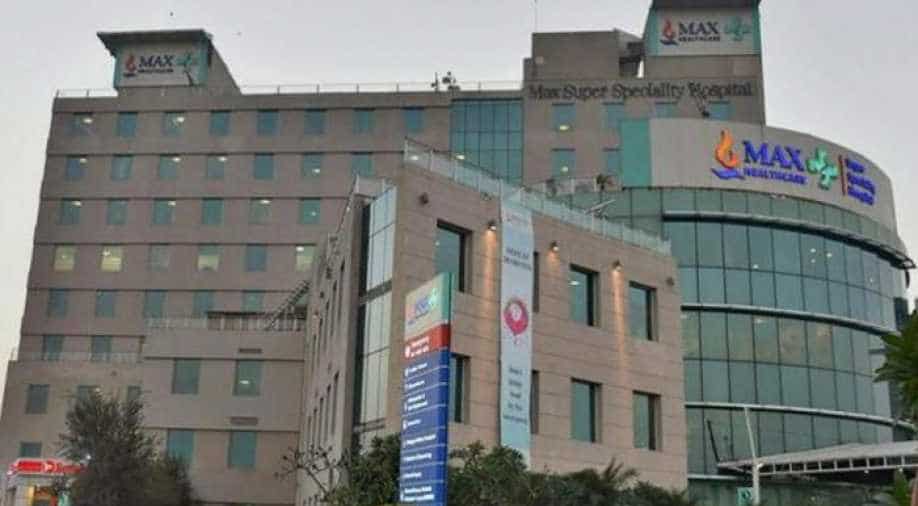 Deceased's daughter said an angiography was performed on her father and the doctors told the family that Chander would need a bypass surgery. Photograph:( Zee News Network )

The family of a 58-year-old man, who was taken to Max Hospital in Shalimar Bagh on Christmas Day for treatment of a heart condition, has alleged that he died due to the hospital's negligence, a charge the upscale facility has denied.

The allegation came weeks after the Court of the Financial Commissioner stayed an order of the Delhi government cancelling the hospital's licence for wrongly declaring a newborn dead.

Sarika, 35, daughter of the deceased, Kamlesh Chander, said: "We are devastated by the incident. Tomorrow, we will try to reach out to Health Minister J P Nadda and the chief medical officer of Delhi. We want justice."

"My father was on his feet when he visited the hospital on December 25. He was sweating, so they took him to the emergency ward and an ECG test was conducted. The test revealed that he had blockage in his arteries," she said.

Sarika said an angiography was performed on her father and the doctors told the family that Chander would need a bypass surgery.

"While we discussed the matter, they came and informed us that stents have been put in his body. They did that without even asking us. More so, my father was admitted under the supervision of a doctor who was on leave. This is fraud and negligence," she alleged.

"A few hours later, my father died... We demand justice.

We are waiting for the autopsy and after that we will organise the funeral," she said.

"We have submitted all relevant details and registered a complaint with the police," she said.

A police official said inquest proceedings under Section 174 of the CrPC was initiated based on the complaint.

"A medical board will be constituted to carry out the autopsy. On the basis of the autopsy, further action will be taken," the official said.

Max Healthcare in a statement said: "The patient was brought to the emergency (ward) in the afternoon of December 25, with complaints of chest pain and breathlessness. Initial ECG confirmed acute STEMI."

ST-Elevation Myocardial Infarction (STEMI) is a type of heart attack during which one of the heart's major arteries is blocked.

"Further investigation revealed Triple Vessel Disease blockage in three major arteries. The patient was 58 years old and had a history of diabetes, hypertension and smoking.

Despite due efforts by the medical team, the patient could not be saved," it claimed.

Sarika, however, countered the hospital's claim, saying, "My father was a vegetarian, non-smoker and non-alcoholic."

Max Healthcare authorities said, "We are really disturbed by the false allegation that the body was held pending payment. It is a part of our ethics charter to peacefully hand over the body under all circumstances."

Sarika has claimed that her father's body was first taken by the police to Babu Jagjivan Ram Memorial Hospital, and from there to Safdarjung Hospital for post-mortem.