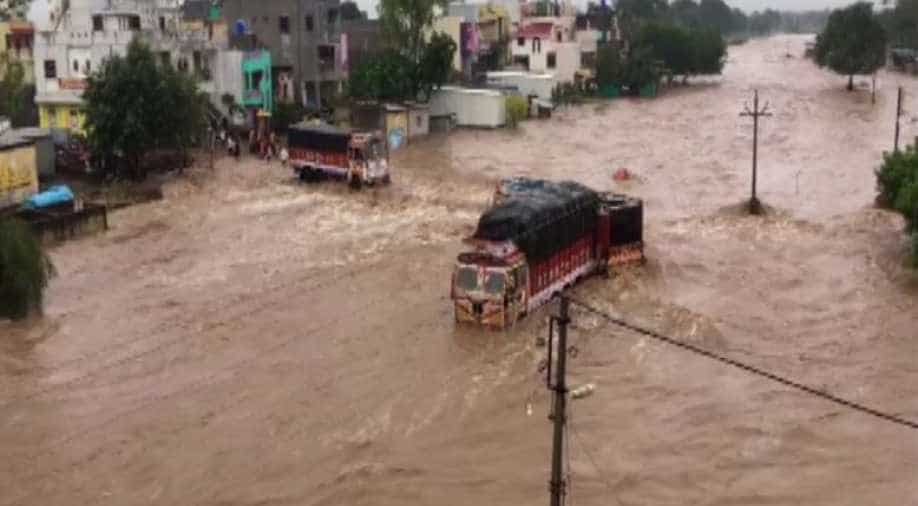 On Friday night, the water flowing into the Panjon river increased due to rise in floodwater.

Incessant rains have led to a flood-like situation in several areas in Nashik district, severely affecting the normal life.

"The torrential rains continue in Manmad town of Nashik district. It is reported that 350 people have migrated due to heavy rainfall. People of Idgah, Tucker Mohalla and Ambedkar Chowk in Manmad have been hit hard by the floods," said Suraj Mandra, District Magistrate, Nashik.

"Arrangements were made for these citizens to stay at gurdwara, HAK High School, Marathi School, etc. The fire station of the municipality and Ganesh Kund were six to seven feet underwater," he added.

On Friday night, the water flowing into the Panjon river increased due to rise in floodwater.

According to the Indian Meteorological Department (IMD), Nashik is likely to receive one or two spells of rain with a thunderstorm in the next week.