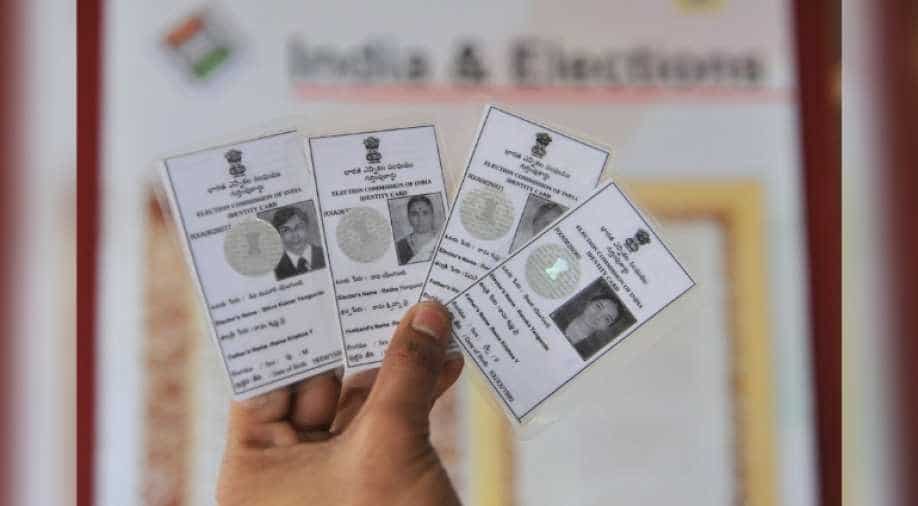 Man gets killed in clashes between Congress, TMC workers in West Bengal's Murshidabad.

Samajwadi Party leader and SP-BSP-RLD candidate from Rampur, Azam Khan, and his son Abdullah Azam Khan, cast their vote at a polling station in the district. 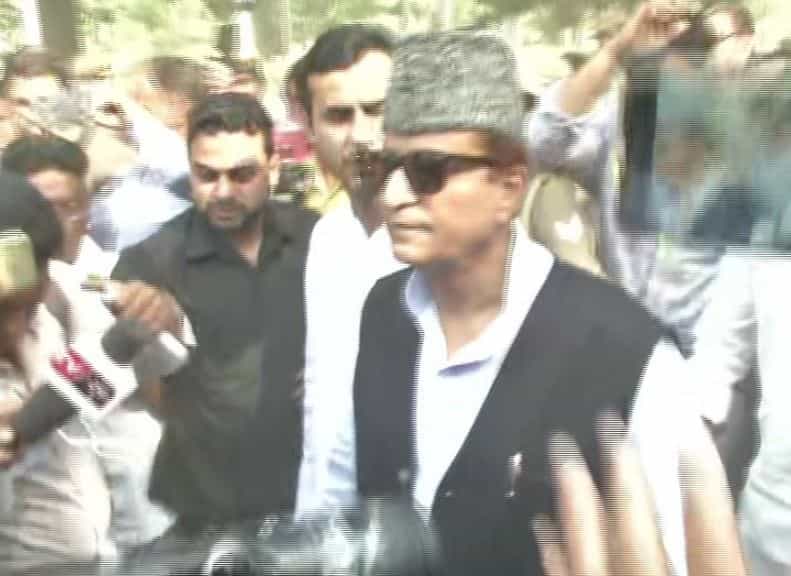 Shraddha, a bride, casts her vote at a polling station in Pune ahead of her wedding. Shraddha says, "It is our national duty. I felt a little nervous but I liked it".

Maharashtra: Shraddha, a bride, casts her vote at a polling station in Pune ahead of her wedding. Shraddha says, "It is our national duty. I felt a little nervous but I liked it". #LokSabhaElection2019 pic.twitter.com/YyhItHN3wu 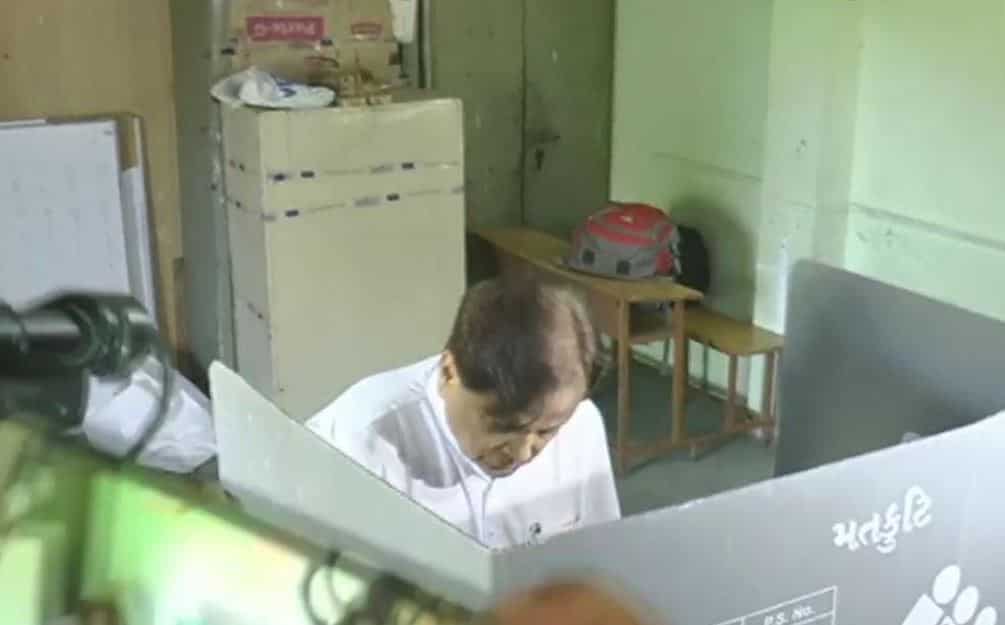 Assam: Former Prime Minister of India, Dr Manmohan Singh leaves after casting his vote at a polling booth in Dispur. 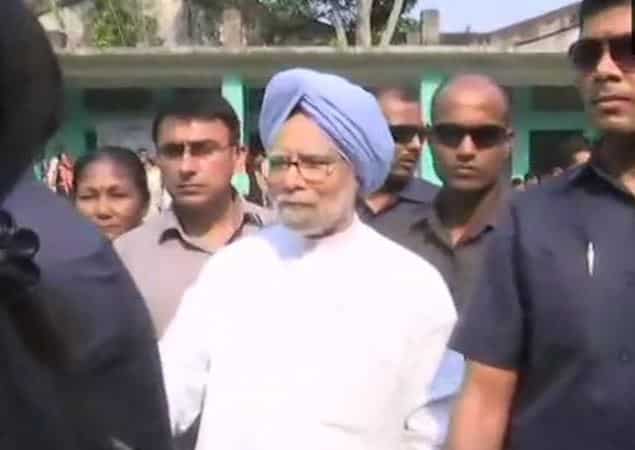 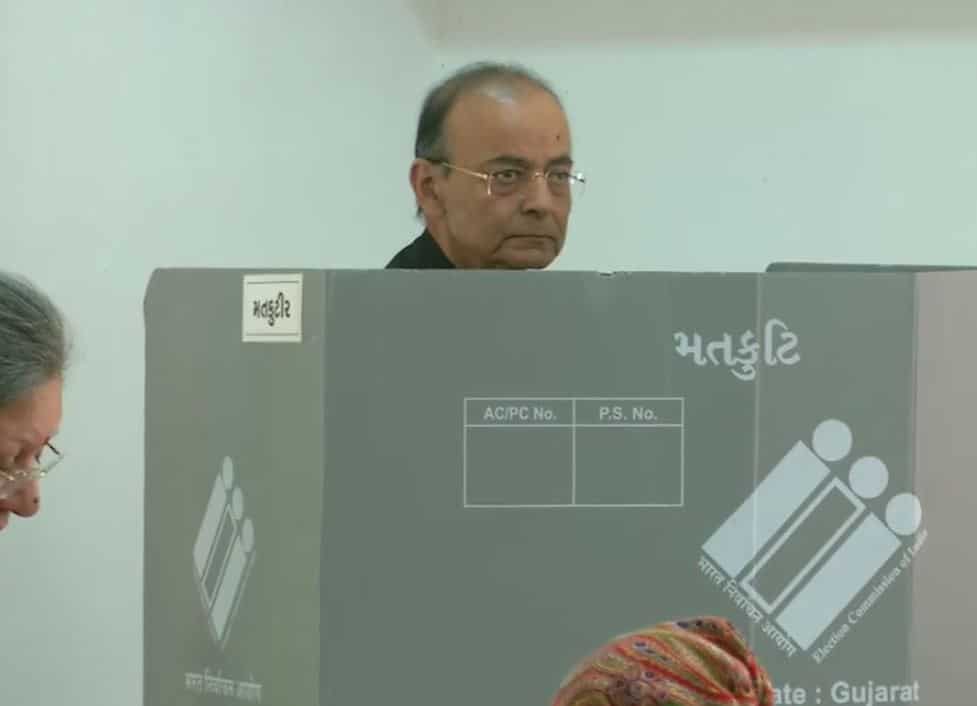 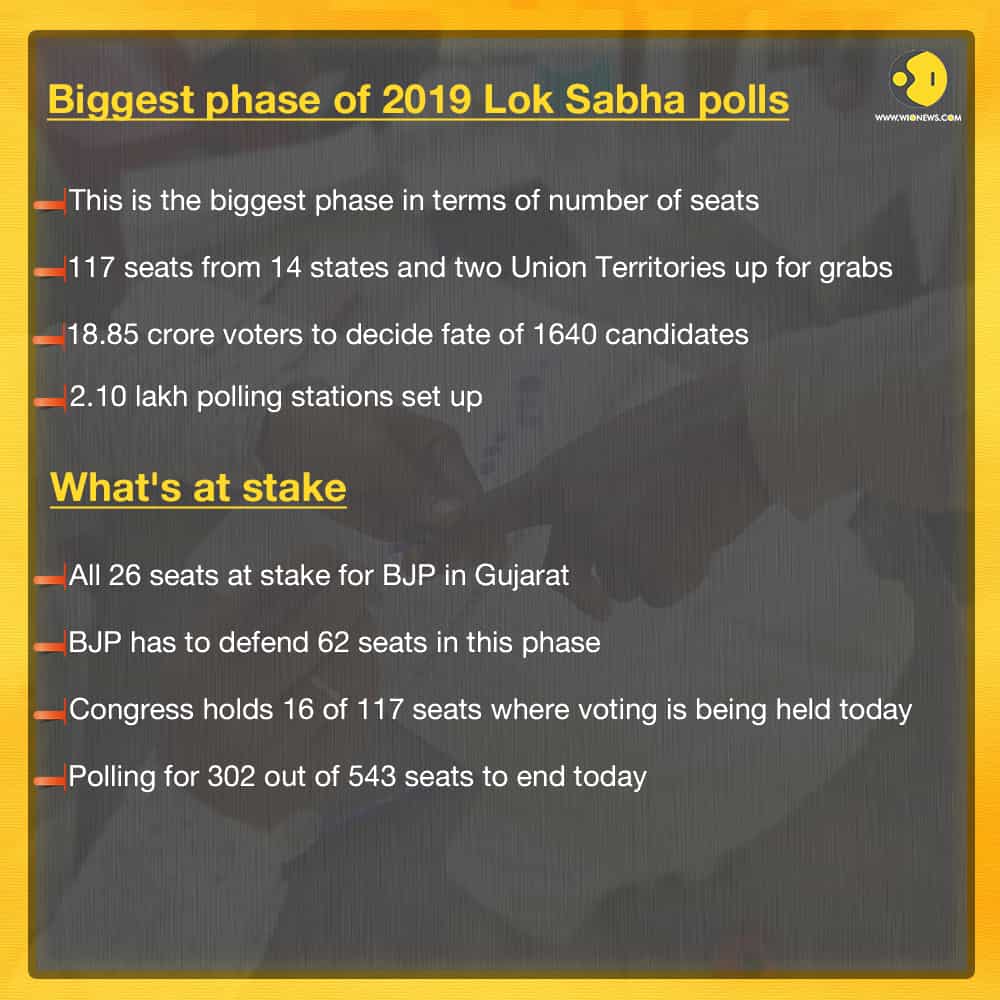 Governor of Kerala Shri P. Sathasivam along with his wife cast their votes in Thiruvananthapuram in the early hours of polling#Phase3#GeneralElections2019 #LokSabhaElections2019 pic.twitter.com/gFZt0nYWs9

Actor Sunny Deol joined the BJP today. He had met BJP president Amit Shah last week amid speculation that he may contest from Amritsar or Gurdaspur. Read More 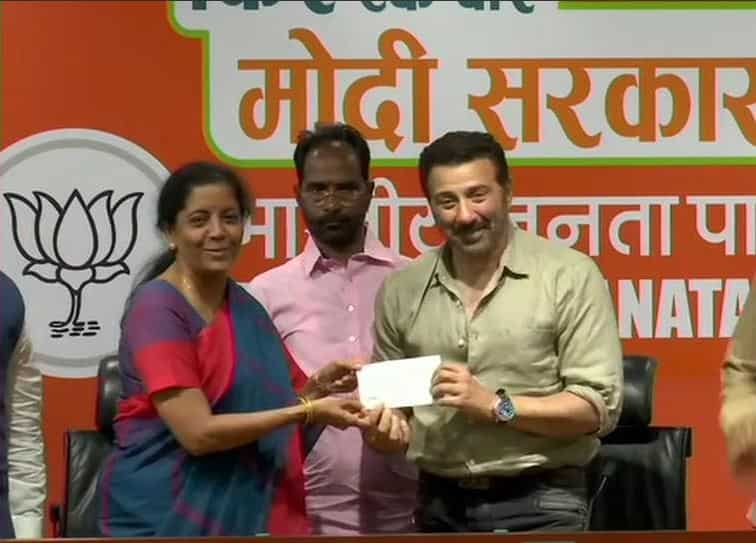 A sculpture by acclaimed sand artist Sudarshan Patnaik appealing the voters to cast their votes.

#Phase3 #IndiaElections2019 is today . Appeal to all to #GoVote and make vote count in the largest festival of Indian Democracy .My #SandArt at #Puri beach, #Odisha. pic.twitter.com/mxuaCD8ZfT

Malayalam actors Mohanlal and Mammootty cast their votes in Kochi and Thiruvananthapuram respectively. 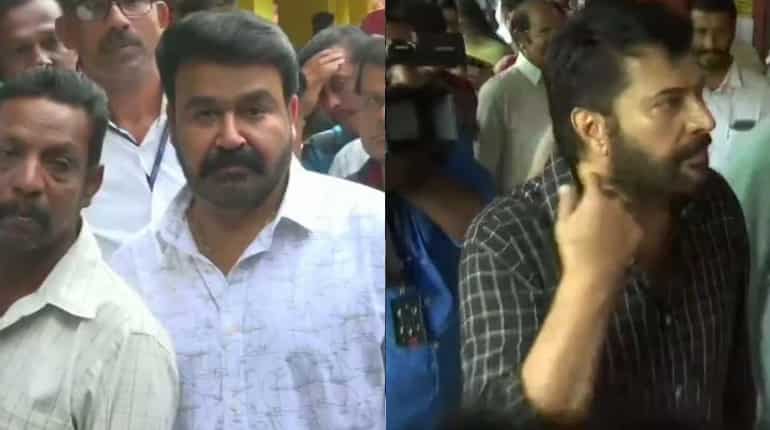 Yesterday, her arch-rival Azam Khan's son Abdullah has made a derogatory remark and called Jaya "Anarkali".

Jaya Prada has called on the Election Commission to take notice of the remark, which comes close on the heels of similarly shocking ones made by his father.

"Can't decide whether to laugh or cry, like father like son. Hadn't expected this from Abdullah. He's an educated man. Your father says 'I'm Amrapali' & you say 'I'm Anarkali,' Is that how you see women of society?" Jaya Prada said.

Voting underway in Karnataka's 14 Lok Sabha seats in 28,022 polling stations across the regions, including 216 all-women ('sakhi') and 39 ethnic booths for gender and tribal empowerment.

As #Phase3 Of #LokSabhaElections2019 dawns, here's an useful ready-reckoner of what's at stake, statewise......

PM Modi cast his vote at a polling booth in Nishan Higher Secondary School in Ranip, Ahmedabad. Drawing an analogy between voting and Kumbh, Modi said him exercising his franchise is like taking a holy dip in Kumbh.

PM Narendra Modi casts his vote at a polling booth in Ranip, Ahmedabad.Seen outside the polling booth with BJP chief Amit Shah, Modi spent some time at his mother's home. (ANI Photo) 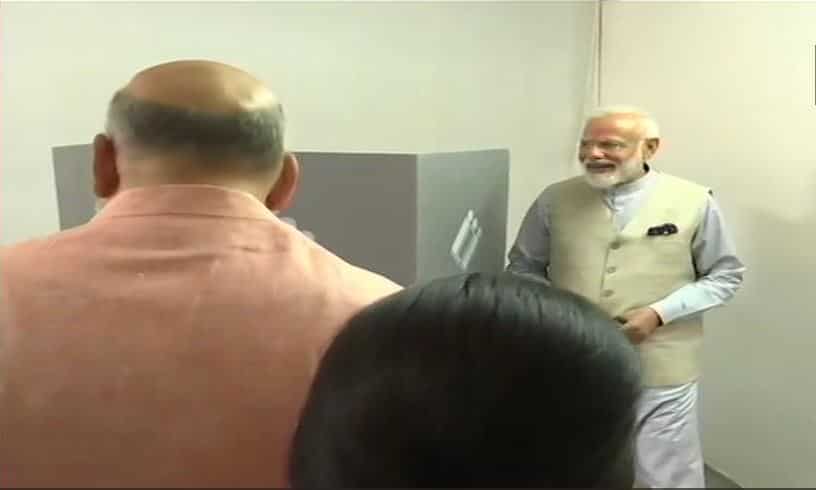 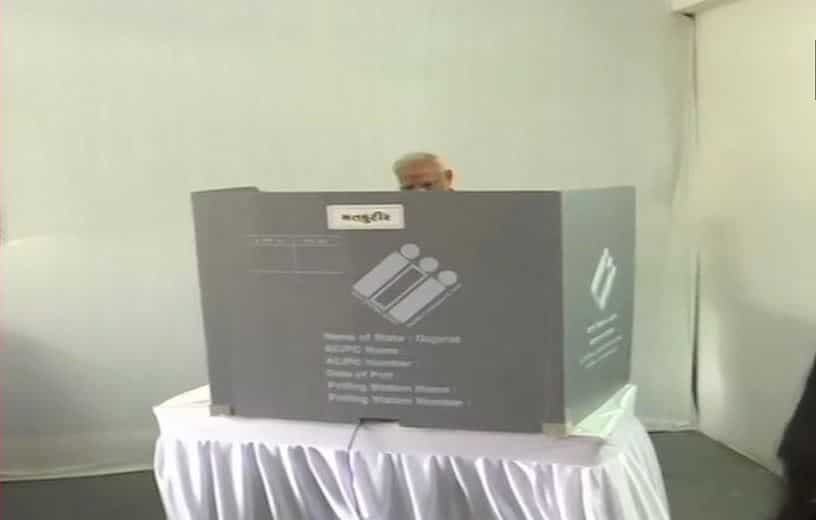 Also read: PM Modi meets his mother ahead of casting vote in Ahmedabad. 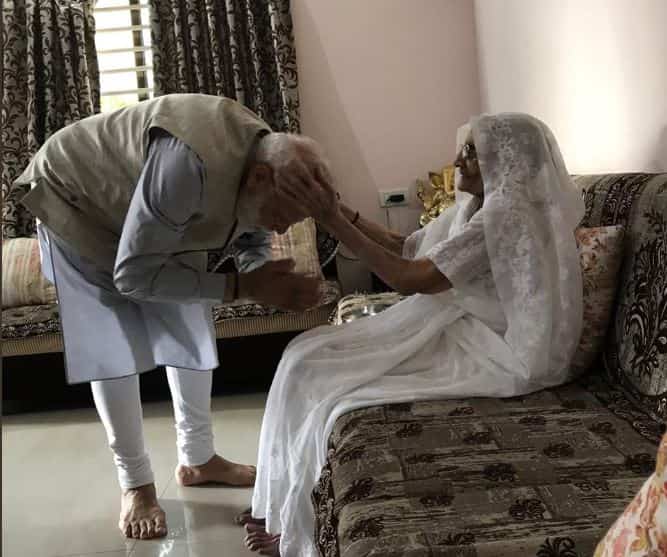 Kerala CM P Vijayan queues up to casts his vote at the polling booth in RC Amala Basic UP School in Pinarayi in Kannur district. (ANI Photo) 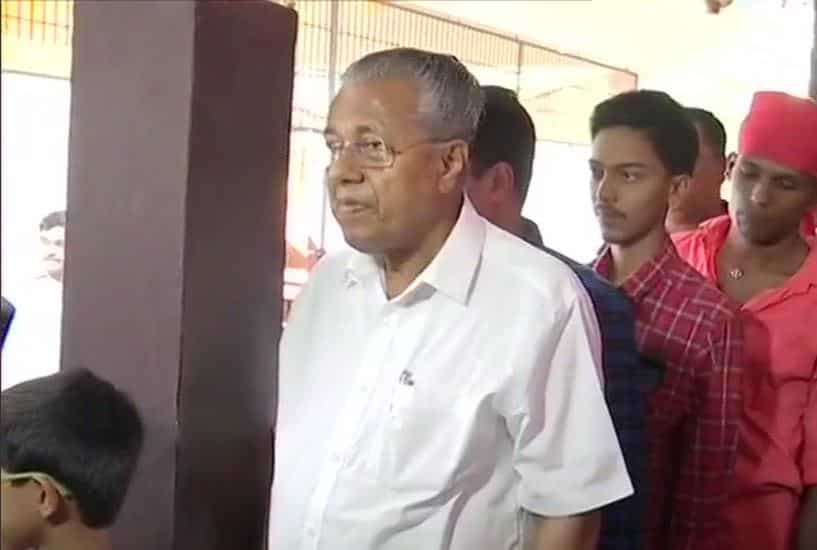 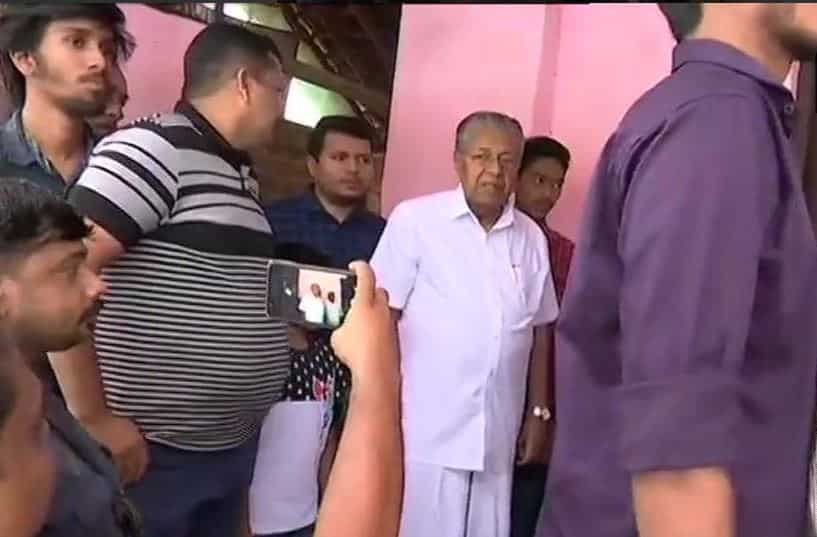 Prime Minister Narendra Modi met his mother at her residence in Gandhinagar today. He will cast his vote in Ahmedabad, shortly. 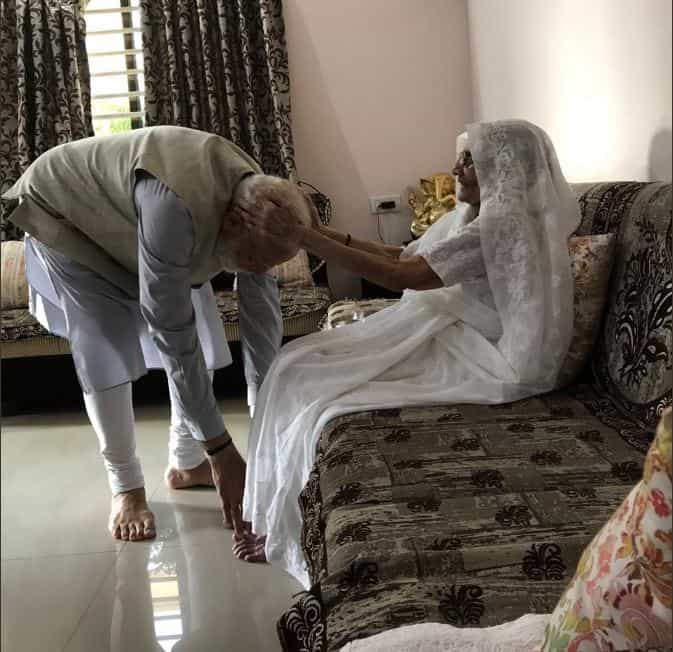 Prime Minister Narendra Modi arrives at his mother's residence in Gandhinagar. He will cast his vote in Ahmedabad, shortly. (ANI Photo) A total of 1640 candidates are contesting in the 3rd phase of polling. A total of 2.1 lakh polling stations have been setup to facilitate voting. 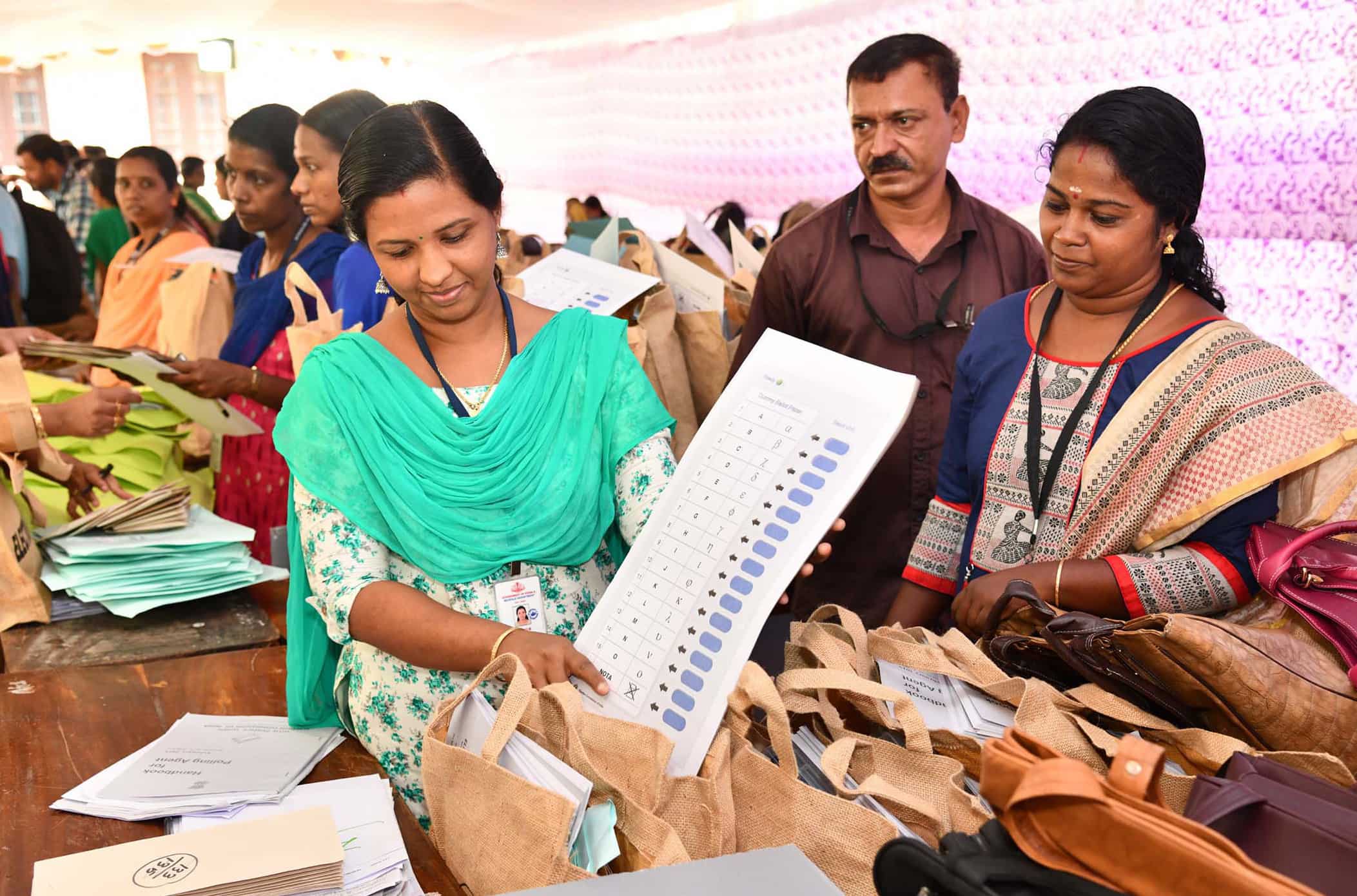 Urging all those voting in today’s Third Phase of the 2019 Lok Sabha elections to do so in record numbers. Your vote is precious and will shape the direction our nation takes in the years to come.

I’ll be voting in Ahmedabad in a short while from now.

Voting in Assam, Chhattisgarh, Jammu and Kashmir and Odisha will end early. 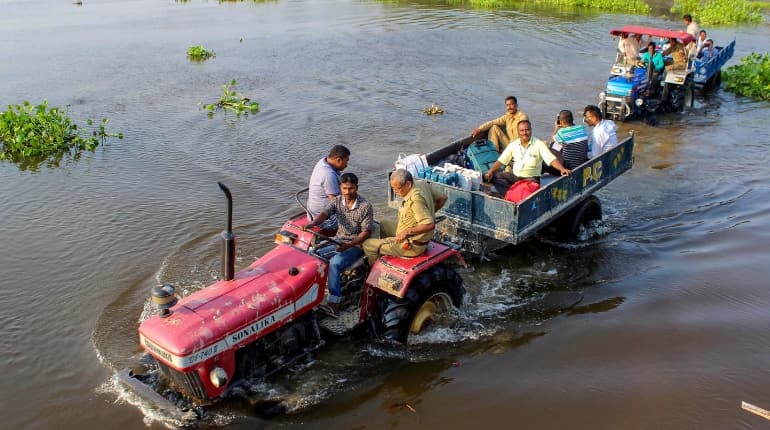 Election officials along with security personnel travel by tractors to reach a polling station, at Hajo in Kamrup district of Assam. (PTI Photo)

Besides all seats in Gujarat (26) and Kerala (20), voting will be held in four seats in Assam, five in Bihar, seven in Chhattisgarh, 14 each in Karnataka and Maharashtra, six in Odisha, 10 in Uttar Pradesh, five in West Bengal, two in Goa, and one each in Dadra and Nagar Haveli, Daman and Diu and Tripura. 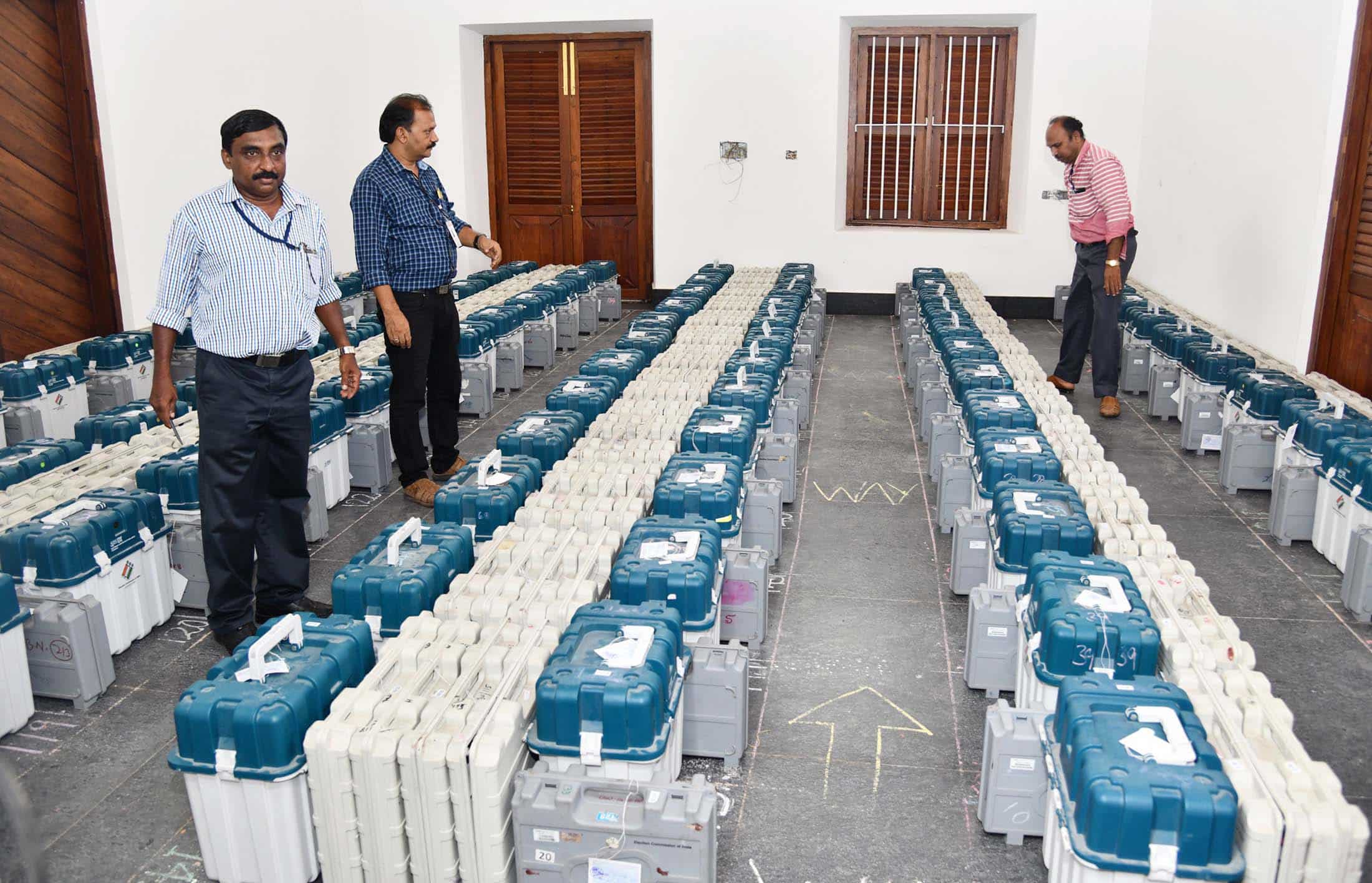 Saifai: Visuals of preparation from polling station number 226, 227, 228 and 229 of Mainpuri Parliamentary constituency. Voting for the third phase of elections will begin at 7 AM today. #LokSabhaElections2019 pic.twitter.com/ABW7ElyEhG

The stakes are high for the ruling BJP and its allies as they bagged 66 seats out of these 116 spread across 14 states and Union Territories in 2014 general election, while the Congress and its alliance partners won 27, and the rest went to other opposition parties and Independents. 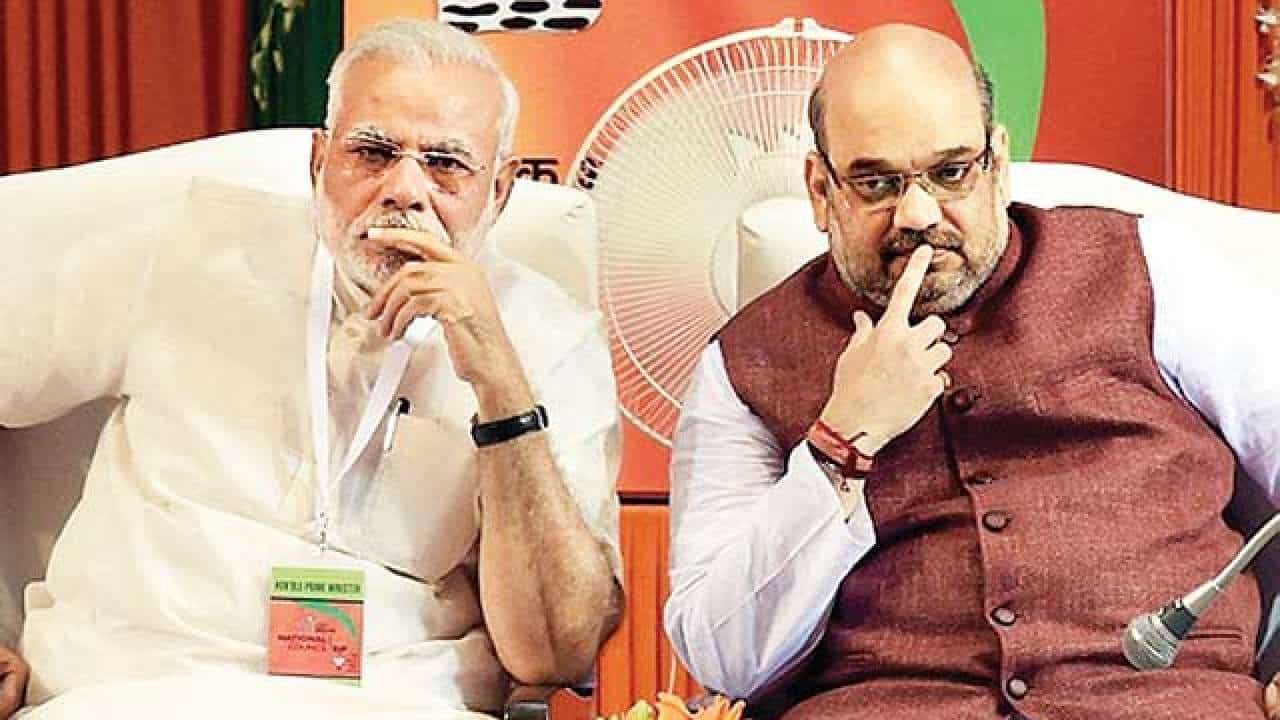 Polling will be held on Tuesday for the third and largest phase of Lok Sabha election in 116 seats, including all constituencies in Gujarat and Kerala, with BJP president Amit Shah, Congress chief Rahul Gandhi and several Union ministers among prominent candidates in the fray. 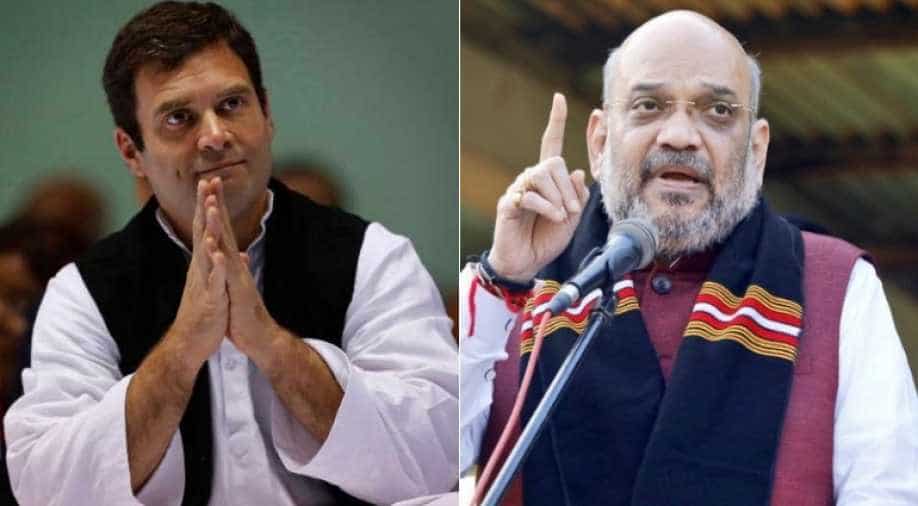 About 18.56 crore voters are eligible for voting in third phase and the Election Commission has set up 2.10 lakh polling booths/stations and has made elaborate security arrangements. 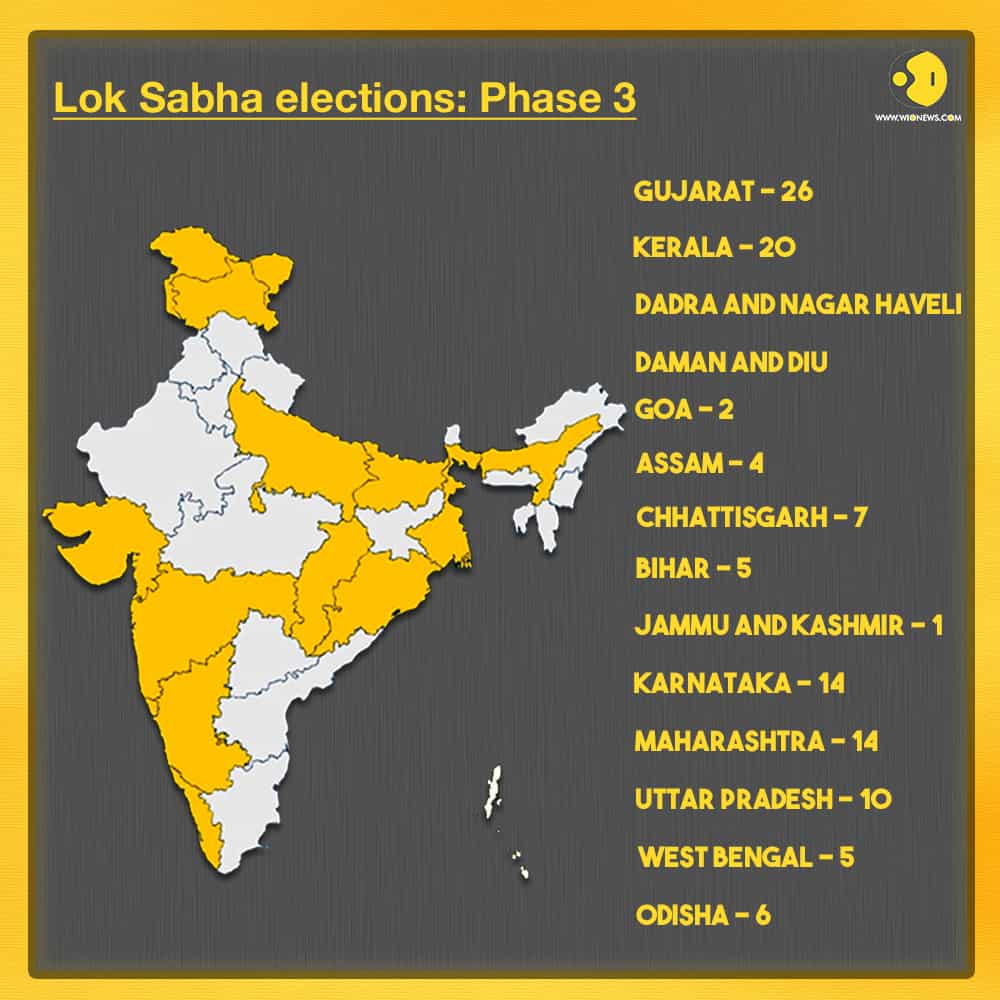