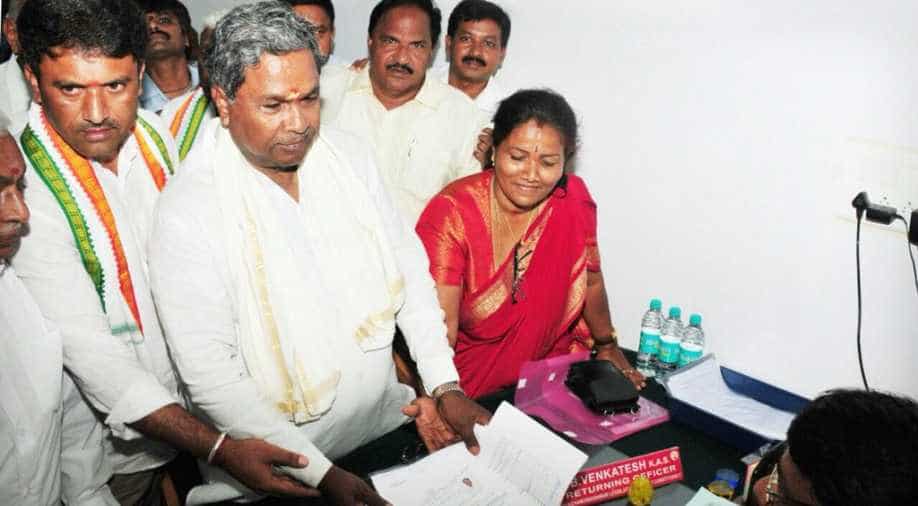 Votes will be counted and results declared on May 15. Photograph:( Twitter )

Karnataka chief minister Siddaramaiah will contest from two seats, Chamundeshwari in Mysuru district and Badami in Bagalkot district (north Karnataka), in the assembly elections on 12 May.

Siddaramaiah has filed the nomination from both the constituency Badami and Chamundeshwari.

The decision on the seats for Siddaramaiah, whose political career has mostly been in the southern part of the state, comes at a time when Karnataka is witnessing one of its most fiercely contested elections in recent times.

On April 20, he had filed his nomination papers from Chamundeshwari constituency.

The elections in the state will be held on May 12 and result will be out on May 15.