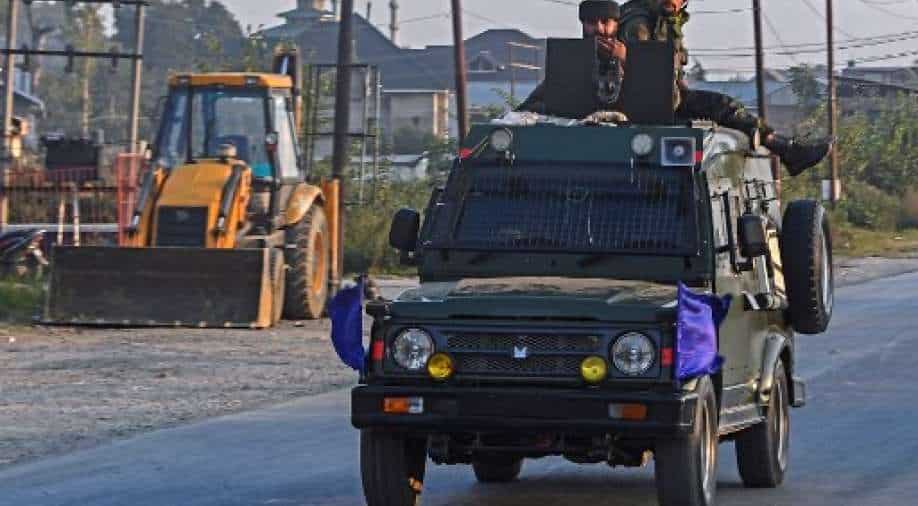 According to officials, the terrorists entered the rented accommodation of the labourers and fired on them indiscriminately.

Terrorists shot dead two more non-local labourers and injured another on Sunday in Kulgam district of south Kashmir, prompting the police to direct that all non-resident labourers in the Valley be brought to nearest security camps "immediately" for safety, officials said.

It is the third attack on non-local workers in less than 24 hours and is the latest in a series of shootings targeting civilians in recent weeks.

A street vendor from Bihar and a carpenter from Uttar Pradesh were shot dead by terrorists on Saturday evening.

"Terrorists fired indiscriminately upon non-local labourers at Wanpoh area of Kulgam. In this terror incident, two non-locals were killed and one was injured," Kashmir zone police said.

It said police and security forces have cordoned off the area.

According to officials, the terrorists entered the rented accommodation of the labourers and fired on them indiscriminately.

In a message flashed to all district police in the Valley, Inspector General of Police (Kashmir) Vijay Kumar said, "All non-local labourers in your respective jurisdiction should be brought to the nearest police or central paramilitary force or army establishment just now."

"The matter is most urgent," the message to the 10 districts in the Valley said. The terror attack drew strong condemnation from political parties across the spectrum.

"There are no words strong enough to condemn the repeated barbaric attacks on innocent civilians. My heart goes out to their families because they leave the comforts of their homes to earn a dignified livelihood. Terribly sad," PDP chief Mehbooba Mufti tweeted.

BJP state spokesman Altaf Thakur said the killings were "nothing but pure genocide".

"The gruesome murder of non-locals is nothing but inhuman and shows the frustration of militants," he said.

"This is aimed at targeting the interests of people of Kashmir and this is happening at a time when the harvesting season is at its peak," he said.

Tarigami said mere condemnation is not enough and it was time for all to come forward and unitedly raise voice against these criminals who are committing such heinous crimes.

"We appeal to civil society, political parties irrespective of their political agenda to raise their voice against such barbaric acts," he added.

Amid the civilian killings, Jammu and Kashmir Lieutenant Governor Manoj Sinha had on Sunday vowed to avenge every drop of their blood by hunting down terrorists and their sympathisers.

Sinha said attempts are being made to disrupt the peace and socio-economic progress of Jammu and Kashmir and the individual growth of the people and reiterated the commitment to the fast-paced development of the Union territory.

"I pay my heartfelt tributes to the martyr civilians and condolences to the bereaved families. We'll hunt down terrorists, their sympathisers and avenge every drop of innocent civilians' blood," Sinha said in his monthly radio programme 'Awaam ki Awaaz'.