Jharkhand assembly polls: One dead, 3 injured in clashes in Gumla 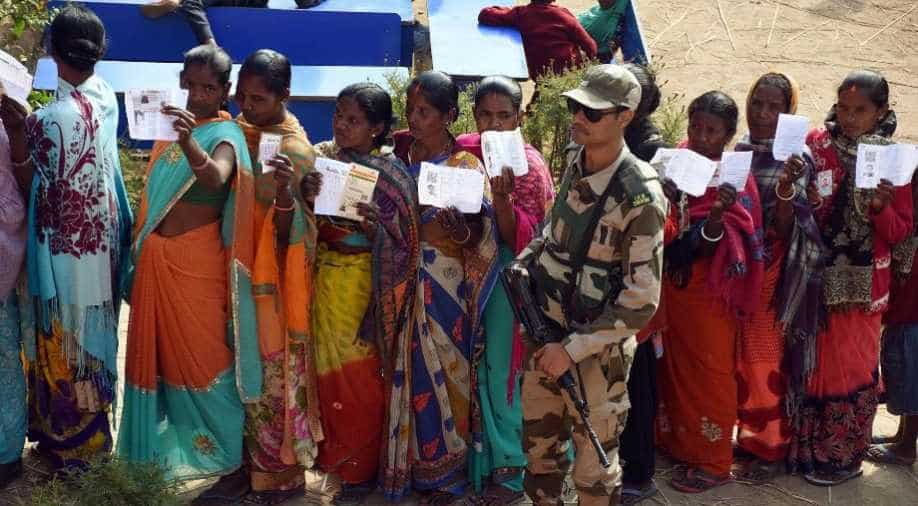 File Photo: Voters show their ID cards as they stand in a queue to cast votes at a polling station in Jharkhand. Photograph:( ANI )

One person died and three others sustained injuries during firing by the security personnel outside a polling booth in Jharkhand on Saturday, said Vishnu Dev Chaudhary, Police in-charge Sisai Gumla district.

The police resorted to firing after a minor clash broke between them and the locals outside booth number 36 of Sisai constituency in Gumla where polling for the second phase of Assembly elections is underway.

A local journalist was also injured in the clash and is receiving treatment at a local hospital here.