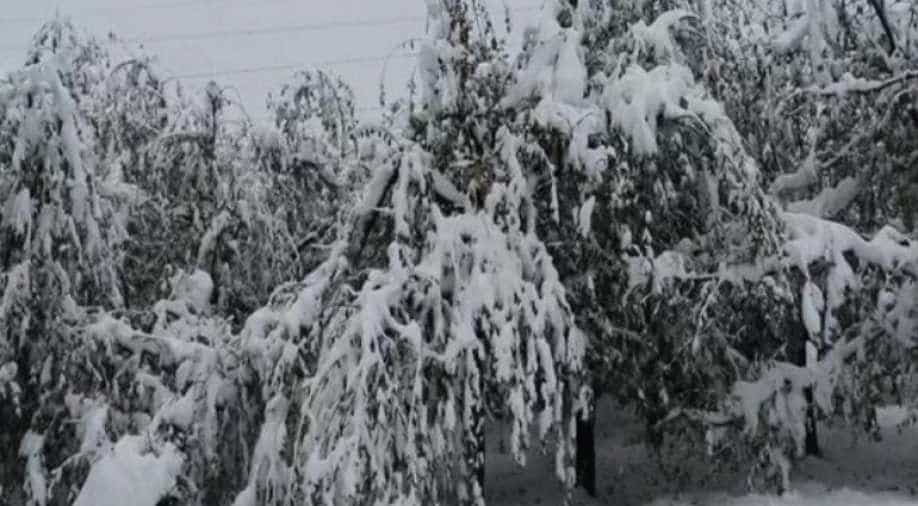 Heavy snowfall in Pulwama and Shopian region of the union territory has caused massive damage to apple orchards in the Kashmir valley.

Imtiyaz Ahmad, a local farmer claimed that the snowfall has been heavier than usual for this season and is adversely affecting the apple produce.

Speaking to ANI, Ahmad said, "The heavy snowfall damaged the apple trees and smashed their branches. The unexpected snowfall in the month of November has been heavier than the normal snowfall. The snow gets accumulated on the tree branches and they collapse. Around 70 per cent of the production of apples has been affected."
"This snowfall affecting our product is causing huge loss to us," another apple farmer Abdul Gaffar said.

Chief Horticulture Officer of Pulwama R K Kotwal, said, "We have constituted a team to assess the damage, we will submit a report to government as soon as possible to provide relief to farmers. Our teams have been deployed on the field."

Arth: A Culture Fest - A glimpse of India's culture begins in Delhi