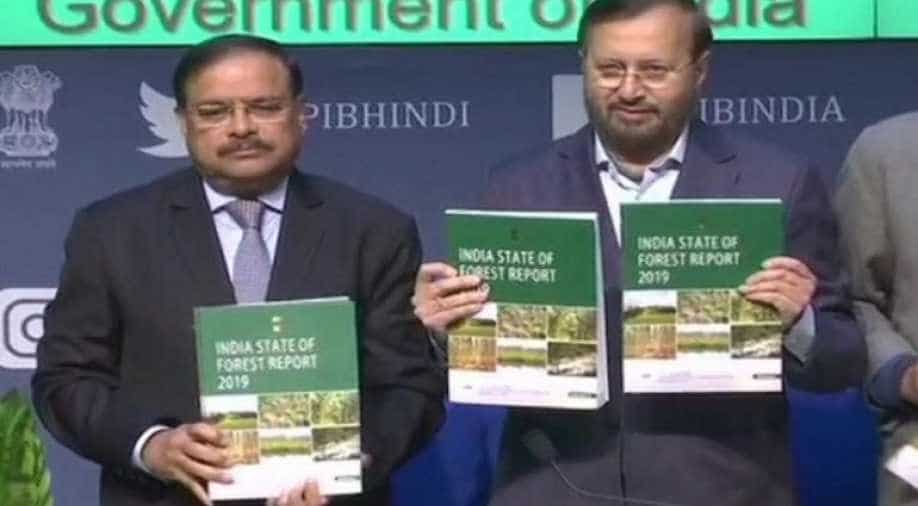 According to the report, there has been an increase of 5,188 sq km in the total forest and tree cover of the country, when compared to the 2017 assessment.

India has increased its total forest cover by 13,000 square kilometres in the past four years, Union Minister of Environment, Forest and Climate Change Prakash Javdekar said on Monday, adding that his ministry is on the right track to further increase the green cover in the country.

Speaking on the occasion of the release of India State of Forest Report (2019) here, Javdekar said, "India is one of the leading countries in the world which has increased the total forest cover. We have increased it by 13,000 sq kilometres, including that in very dense forest, moderately dense forest and outside forests. This is a big achievement for the nation."

The top three states showing an increase in forest cover are Karnataka (1,025 sq km), followed by Andhra Pradesh (990 sq km) and Kerala (823 sq km), according to the report.

The extent of the bamboo bearing area of the country has been estimated 16.00 million hectares. The total estimated green weight of bamboo culms is 278 million tonnes, showing an increase of 88 million tonnes as compared to ISFR 2017, the report noted.