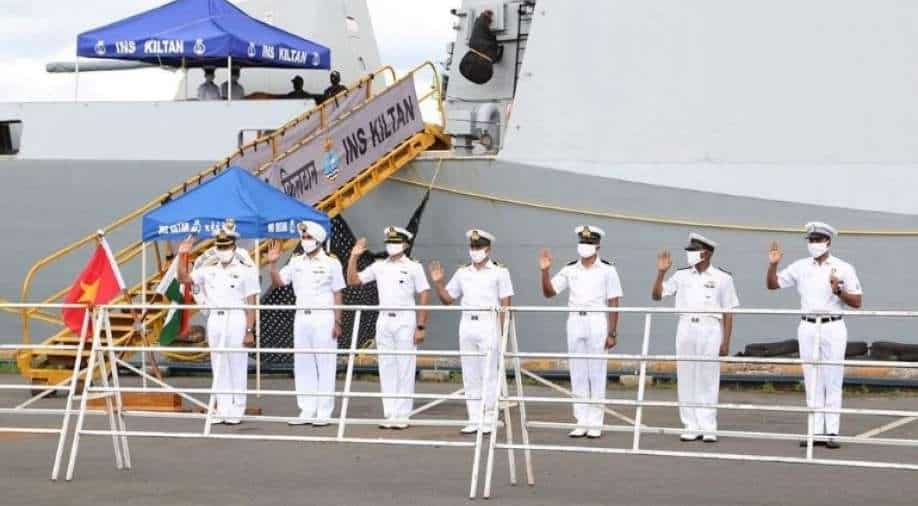 India and Vietnam have increased high-level engagement including defence engagement

Indian and Vietnamese Navy will undertake PASSEX or Passage Exercise in the South China Sea. Indian Navy Ship INS Kiltan which reached Nha Rong Port, Ho Chi Minh City on Thursday will take part in the exercises which will take place on 26 and 27 December. The Indian Ship reached the country with 10 tons of humanitarian assistance under mission Sagar 3.

The Indian Navy in a release said," current visit seeks to enhance maritime cooperation between the two Navies and will further bolster the strong bonds of friendship between the two countries and contribute to security and stability in the region."

India and Vietnam have increased high-level engagement including defence engagement. New Delhi on Monday at the India-Vietnam virtual summit handed over first of the 12 High-Speed Guard Boat to the country. The boats have been handed over under $100 million Defence Line of Credit extended by New Delhi to Hanoi. India is also helping in training and capacity building programmes across the three services and coast guards for the country.

The Passex exercises are a first since the Galwan incident earlier this year which saw aggressive action by Chinese forces at the Line of actual control leading to the death of 20 Indian soldiers.

China has also been violative of Vietnam's sovereignty in the South China sea trying to claim large swathes of the sea-based on its so-called "nine-dash line". The Nine-Dash line concept of China, under which it claims 90 per cent of the sea, has been dismissed by an arbitral award by UNCLOS or United Nations Convention for the Law of the Sea.